Friday: I can’t believe we’ve already reached the end of our week together in The World Beyond the Page! Still, we’ve accomplished so much in our quest to understand how the Harry Potter universe has become a cultural phenomenon and our roles in that universe. We wrapped up our time together by a little Daily Prophet article writing and analyzing the opening scenes of the first four Harry Potter movies (no spoilers, I promise). Ask your students about how the lightness and darkness shifts throughout the series, since they may be asking to watch the movies again soon (sorry, parents!).

Then, our poster session presentations today showcased the culmination of our week-long qualitative research projects around the world of Harry Potter. Students created research posters which included their research question, background information about their topic, data collection methods, findings, and the significance of their findings. We had partnerships who explored comparisons between actual historical events and events in Harry Potter texts, groups who investigated the relationship between readers’ gender, race, and social class and their thoughts about the series, and partners who researched the series’ relatability.

Some questions to ask your students about their final projects include:

We couldn’t end the week without a little quidditch, so we felt lucky after the storm to be able to get back on the field as Ravenclaws and Hufflepuffs battled it out. It’s been a really fun and exciting week as we learned, laughed, and created together. I hope your student has enjoyed living in the Potterverse this week! 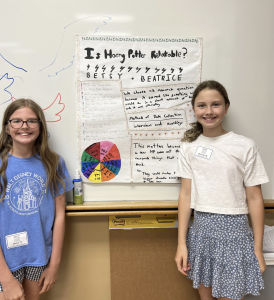 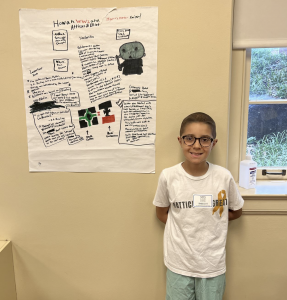 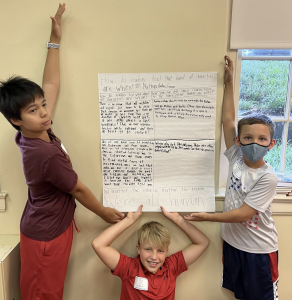 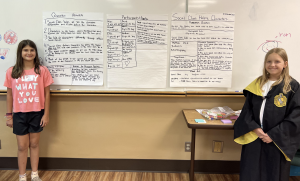 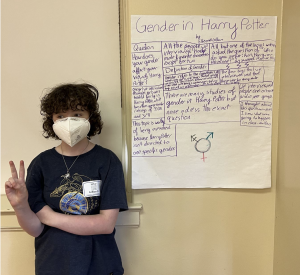 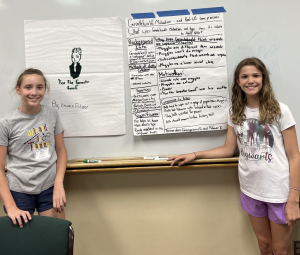 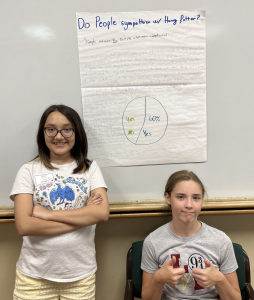 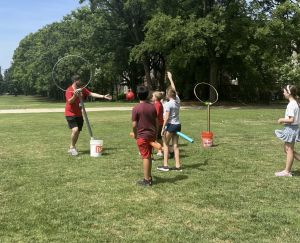 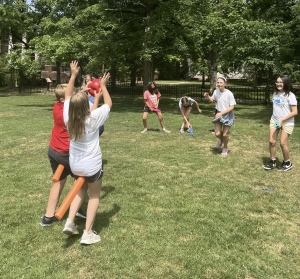 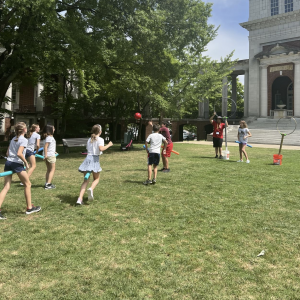 Thursday:We can’t believe there’s only one more day to gather in the Potterverse, but we did make today count. We started with creating our own potions. Needless to say, there are some danger-seeking witches and wizards in our group. Then, we had another Socratic circle around the topic of whether the HP series should be considered classics, guided by a text by Italo Calvino. You might assume we were all on the side of HP as classic, but we had a few naysayers! Next, we investigated Harry Potter and appropriation, looking at fanfiction and parodies. We then created our own fanfiction and song parodies—there are some future songwriters (and perhaps some SNL hopefuls?) in our midst.

Last, we continued work on our qualitative research projects with data analysis. We talked about how to code interviews and other kinds of qualitative data, and research partners began working on their final research posters that they’ll present tomorrow. And, of course, the fierce HP trivia competition continued, with Chamber of 5th Graders bringing home the win. We’re all sad but excited to see how our magical work together culminates tomorrow!

Wednesday: Can we break out our time-turners now that our week is over halfway over? There’s still so much in the Potterverse to discuss! Today, we turned our focus onto the business of Harry Potter, attempting to understand how J.K. Rowling’s creation is now valued at over $40 billion. We even made a list of the ways we might create our own multibillion dollar book series (we’ll let you know when we start making the big muggle bucks). One aspect of the Harry Potter industry, theme parks, is a huge money maker, and we created our own theme park rides. Most seemed a little dangerous, but we’ll let the engineers figure that out.

Next, we discussed how the Harry Potter series has found its way onto many banned books lists over the years, and we debated whether schools should be allowed to ban books. We wrapped up our day by returning to our qualitative research projects, working on collecting more data (lots of interviews and focus groups were conducted) and beginning to organize data for analysis. The research projects are really shaping up to give us some interesting insights into our questions about Harry Potter in our world.

Tuesday: Hello again, muggles and wizards! Day 2 of Unpacking the Magic of Harry Potter proved to be just as engaging as the first day, as we applied our knowledge of critical theories and started working on our research projects. First, we unpacked all the ways we could analyze The Tale of Peter Rabbit using critical theories (is Mr. MacGregor simply misunderstood?). Then, we took our theories to the Potterverse, where we explored the casting of The Cursed Child through a Socratic circle as well as a quick analysis of a scene from Harry Potter and the Goblet of Fire. Students also analyzed passages from the books in literature circles. At this point, they’re all critical theorists, so ask them to dig into your favorite stories with their knowledge—they might unearth a few points you’ve never considered before.

Today’s research project work included creating a data collection plan and collecting some data. Students conducted quite a few probing interviews and focus groups, and we’re excited to see what this data might tell us. Of course, we enjoyed another round of HP trivia (The Hedwigs were victorious once again), and we’re looking forward to playing quidditch on Friday during ORA!

Monday: Greetings from the Potterverse! Our first day of Unpacking the Magic of Harry Potter proved to be pretty magical, as we got to know each other and share our brilliant insights into the many texts that connect to the world of Harry Potter. We began with a conversation around the cultural phenomenon of Harry Potter and how it has such a powerful influence on the world around us. We’ll keep coming back to this question throughout the week.

Other topics that we began to consider include critical literary theories we can use as lenses to critique texts. These theories include archetype theory, reader response theory, and gender, race, and social class theories. We used the fairy tale of Little Red Riding Hood as a starting point, and we began to discuss how these theories might offer insights into various Harry Potter texts.

Last, we began our qualitative research projects by creating research questions connected to the world of Harry Potter. Students will be starting data collection soon, so don’t be surprised if they begin to conduct interviews at home! (After gaining all necessary permissions, of course.) We also enjoyed exploring HP book covers from other countries as well as a tough round of HP trivia. (The Hedwigs reigned supreme.)

We look forward to a week full of literary discoveries as we continue to dig deeper into the world of Harry Potter!