Posted by morganr1 on Wednesday, July 25, 2018 in SAVY, Uncategorized.

This morning, we practiced analyzing compound gear trains using the number of teeth to determine the overall gear ratio of the gear train. Then we produced a two-view drawing of some compound gears. Next we moved on to designing compound gears. That is, determining the numbers of teeth for the gears in each of two stages to produce the required overall gear ratio for the gear train. To go a step further, we learned how to design compound, reverted gear trains. We used two sets of gears to get the overall gear ratio assigned and also ensured that the input shaft and output shaft would be collinear. This was a challenging problem mathematically. Several groups of students worked together, each group solving the problem for a different overall ratio.

We spent some time discussing the Antikythera mechanism, which is an ancient artifact used to predict various astronomical events. It was discovered in the Mediterranean Sea with some other objects in what appears to be the site of a shipwreck. The exact purpose or ownership of the device is unknown, and the origin and destination of the ship is a mystery. Students speculated about the mechanisms value, ownership, utility as a navigational aid for sailing, and several other possible uses.

Along the way we have been practicing using drawing tools. Yesterday we drew a clock face with hour marks using only a compass, and today we drew a clever, graphical proof of the pythagorean theorem. The students are becoming more adept at drawing, and increasing their capacity for spatial reasoning every day! 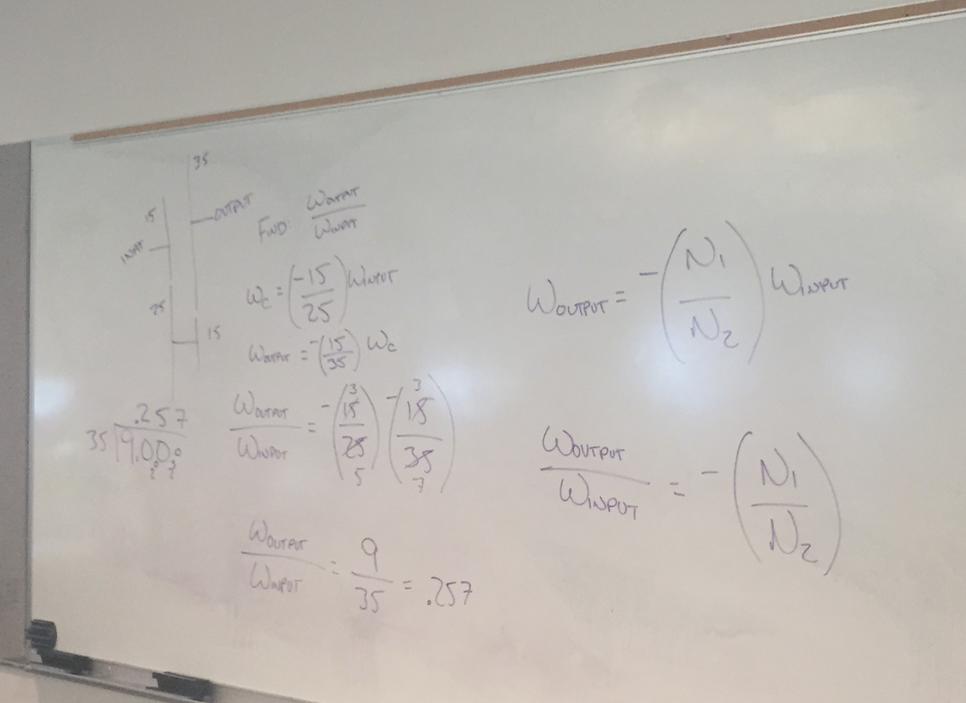 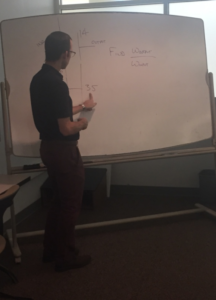 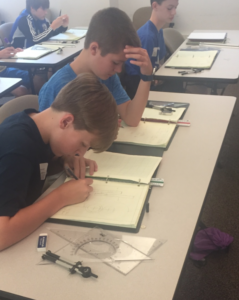 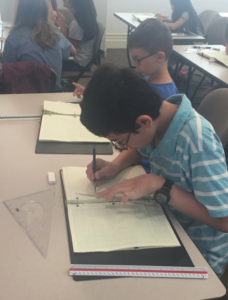 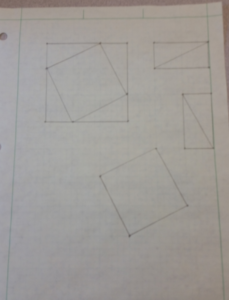 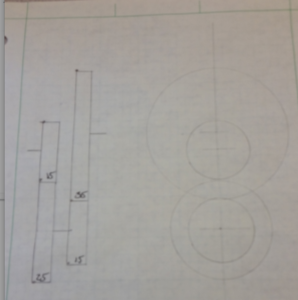