Our morning began with a brisk round of “Bop” to encourage us to remember to attempt to fully see and hear one another. After revisiting yesterday’s content and further exploration of the Monroe’s Motivated Sequence, one student shared a persuasive speech written in response to yesterday’s prompt; though we are still not going to watch a movie on Friday, the student made a very compelling argument why we should!

We watched an example of powerful, unforgettable rhetoric: Malala Yousafsai’s speech before the United Nations. In small groups, the students collaborated to pinpoint elements of Monroe’s Sequence within the speech; for example, Malala identified the need for education and women’s rights, and proposed the solution of forgiveness and courage. The students were moved and inspired by the speech, especially since Malala was only 16 when she delivered it.

We distinguished between motif and theme, as these are commonly mistaken for one other — ask your child the difference! Students then watched a short PBS video detailing aspects of major logical fallacies: the strawman fallacy, ad hominem, the black and white (or false dichotomy) fallacy, and appeals to false authority. Students came up with examples of each of these fallacies during class discussion. We explored additional fallacies, such as non-sequitur, ad populum, and post hoc, ergo propter hoc. The students demonstrated newfound knowledge by illustrating examples of the fallacies using creative instruments, which you will get to view at Open House tomorrow at 3:15!

After lunch, we took a trip to the computer lab to research evidence in support of a new persuasive prompt: students will argue either for or against the position that bedtimes should be mandated at 7:30 pm. When we returned to the classroom, we watched a TED Talk by Simon Sinek about how, “People don’t buy what you do; they buy WHY you do it.” Sinek’s talk is one of my favorites; students realized that many of the concepts Sinek describes relate to topics, themes, and content we have explored all week.

We closed our day with presentations of persuasive speeches, with students (still) attempting to persuade the class as to which film we will (hypothetically; not really) watch on Friday. They are honing their persuasive and argumentative skills, to be sure! 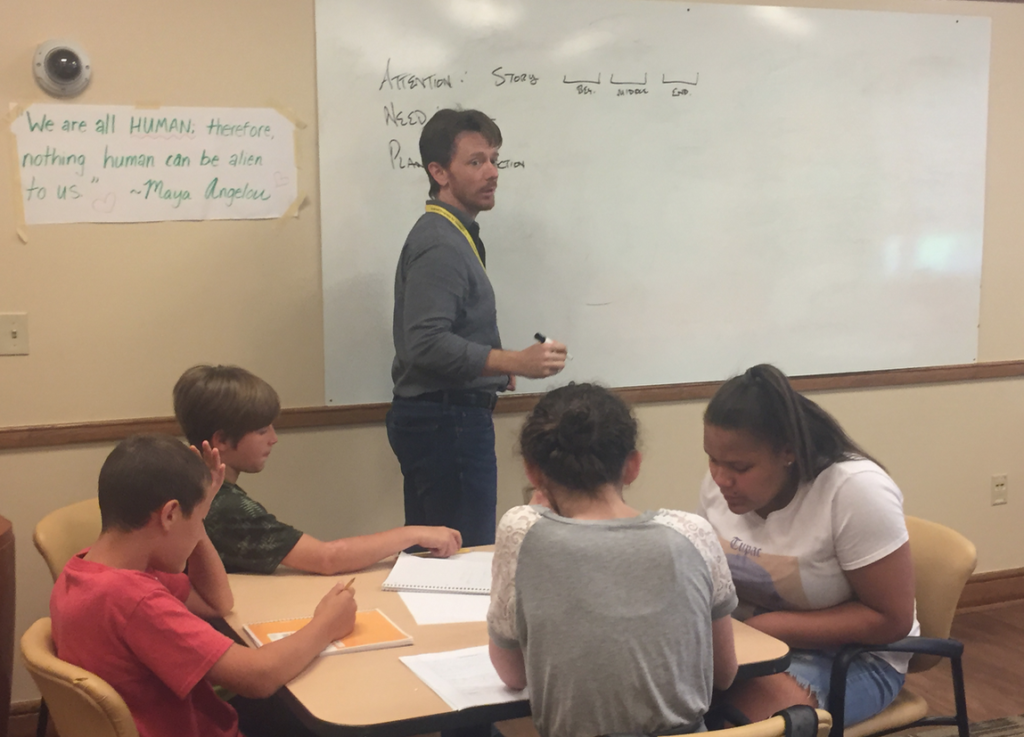 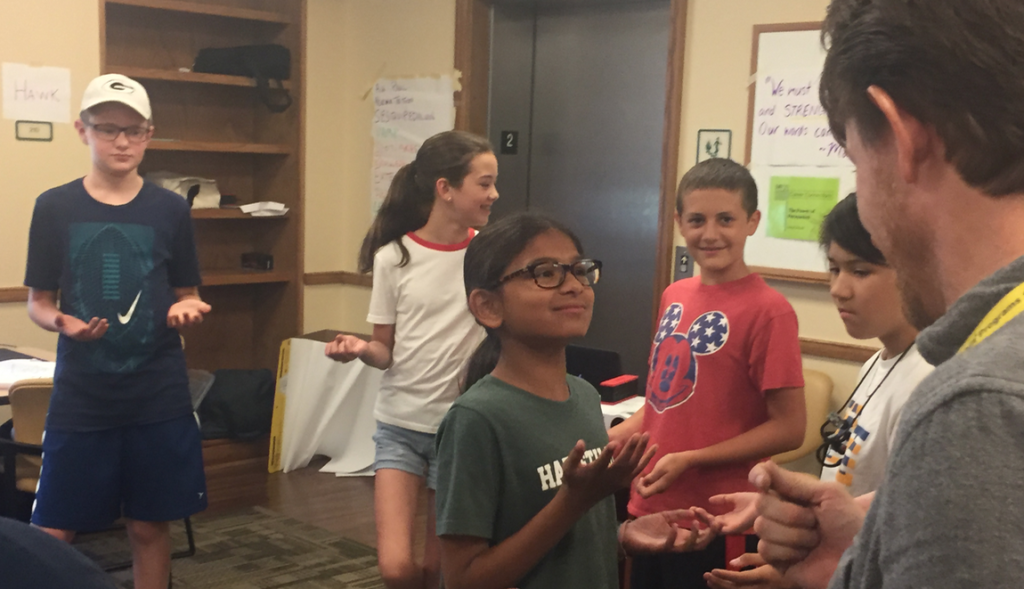 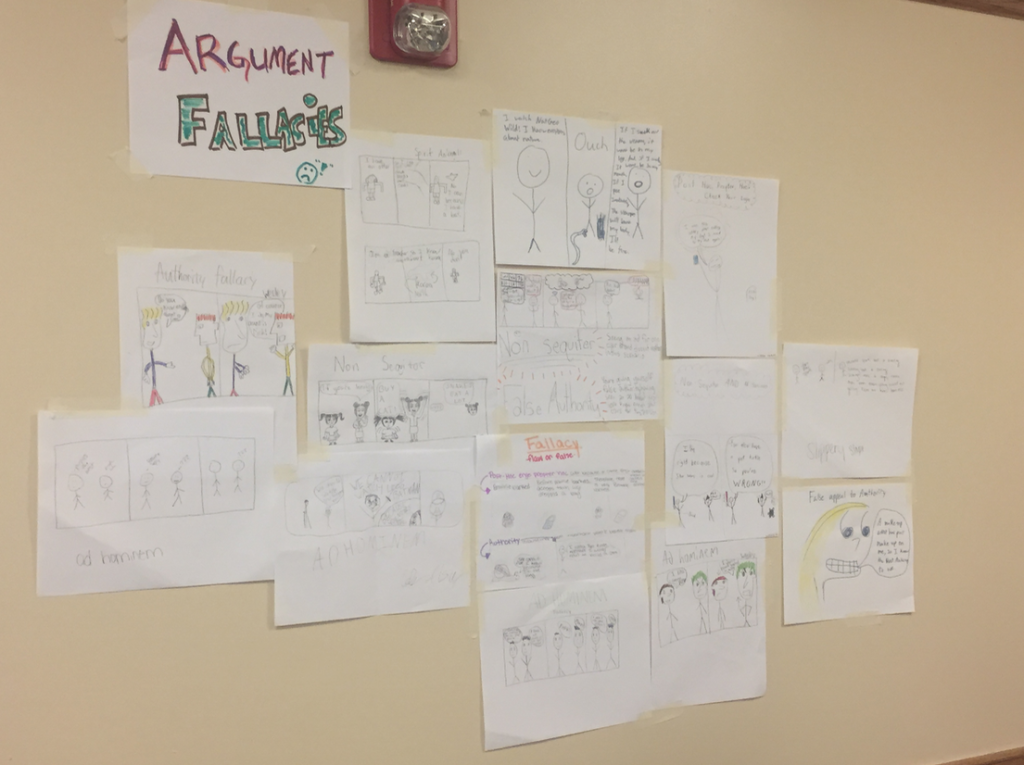