Welcome to Encounters with Archetypes! This morning we established the different kinds of encounters we’d be exploring – those with situations, individuals, and ideas– and began our own encounters. Our situation: the first day of a new class with a lot of individuals who don’t know one another. So, we set about correcting that with some electronic introductions. Using our iPads and a program called Nearpod, we took class polls, posted to the message board, and even drew images so the whole group could see our hobbies and interests.

From there, we were off to our encounter with the class’s central concept: archetypes. Drawing from various images in a photo collage of pop culture figures, we identified some common archetypes, from the battle between good and evil (Luke and Darth!) to the hero (Black Panther!) to the forest (a spooky image of a forest!). Using their handy archetype reference sheets, the students brainstormed their own pop culture examples, drawing from video games, movies, and books. Mario and Link came up, but so, too, did Hermione and Thanos, as well as the books _Wonder_ and _The War That Saved My Life_.

(Join the conversation: ask your child about some of the common archetypes we discussed in class today. Can you think of any examples from books, movies, or games that show these archetypes at work?)

With some background in understanding and identifying archetypes, we began to analyze ads which deploy archetypes as a sort of shorthand to quickly communicate their messages. We considered, among others, the rebel mother/daughter in a Nissan ad, but also the Viking explorers on a quest in a Dodge ad, all the while considering the ad’s purpose and message.

The students then had to create a storyboard for their own ad that successfully used archetypes or perform an analysis of the archetypes present in particular scenes from a work of their choosing.

(Join the conversation: what other ads can you share with your child that also use common archetypes? What archetypes would you use in your ad?)

Looking forward to the rest of the week! 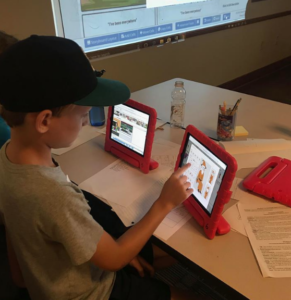 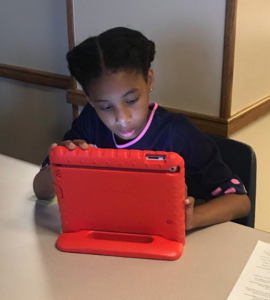