Friday: As we wrapped up the week of learning about various record makers and breakers, students are determined to set their own world records and possibly be placed in the Guinness World Book of Records one day.  They were actively engaged in making goals for themselves for a record they could attempt. They charted and graphed their data, analyzed the effects of the y-intercept, and shared their goals with the class. We followed the Engineering Design Process to complete two challenges and we spent time in the computer lab researching intriguing people and animals who have made world records. Students are now motivated to beat their personal best! 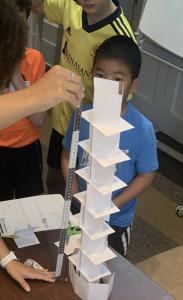 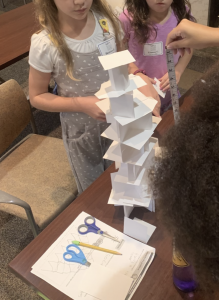 Thursday: Students learned about the largest collection of pennies gathered and graphed the collection data of two classes on a line graph. Students analyzed and compared the change of the two scenarios with different starting points and rates of change. They labeled each part of the graph including the y-intercept points and made predictions about the ending outcome based on the data given.  Students were able to do a penny stacking challenge and our winner was declared “The One to Beat!” 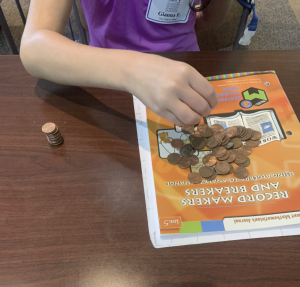 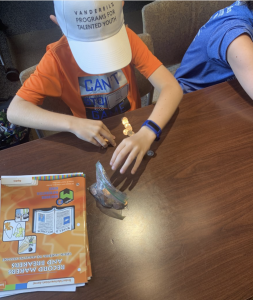 Wednesday: Today we learned that a man literally walked on water. Remy Bricka walked 3,600 miles across the Atlantic Ocean from the Spanish Canary Islands to Trinidad!  We determined the rate at which he traveled and the number of days it would take for him to complete the task at that constant rate. We learned that the longest paper chain created was 51.8 miles long.  We completed our own paper chain challenge and charted and graphed the results. Tomorrow we will study even more record breakers!

Tuesday: We looked at graphs to determine the rate of change in the data. We identified the graphs that represent the longest distance covered in 24 hours by a bathtub paddled on still water, the 26th annual Empire State building run-up, the demolition of the 25-story Hudson Building, and the deployment of a human fired cannon. We learned that Olive Oyl the dog jumped rope 63 times in one minute and we completed our own jump rope challenge. We charted and graphed our jump rope challenge class results. We look forward to discovering about new records tomorrow. 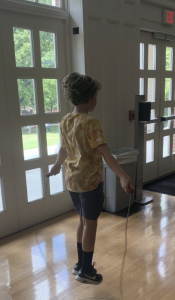 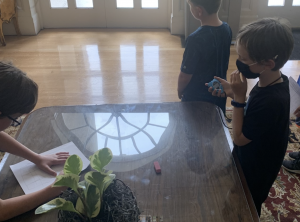 Monday: Good afternoon parents! I had a great time meeting your kiddos today! Students were introduced to the topic of variables and how to analyze a line graph to determine the varying elements. We learned about NBA star statistics, the world’s largest M & M mosaic, and a 14-year-old who holds 3 Guinness World Records and won the 2021 Scripps National Spelling Bee. We created our own record by racing oranges with our nose.

During this week, we will continue to explore world records, learn how chart and interpret data, and have an engaging time doing it. 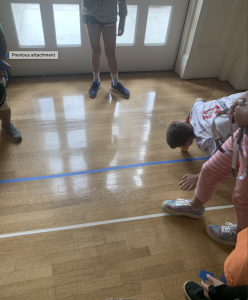 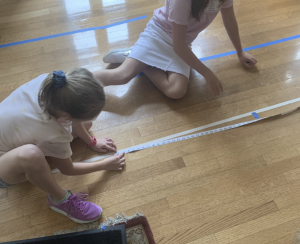