Friday: Today we wrapped up our learning from the week with review games. Students had the opportunity to present on sea creatures of their choice. We had a great week! 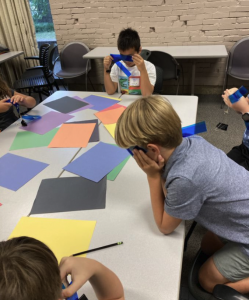 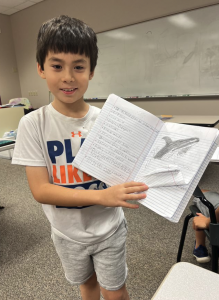 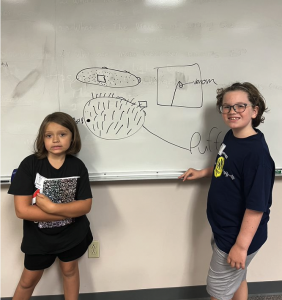 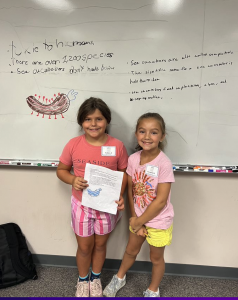 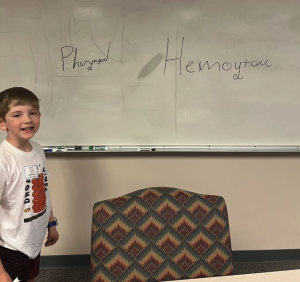 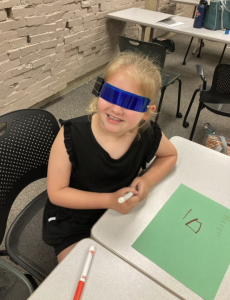 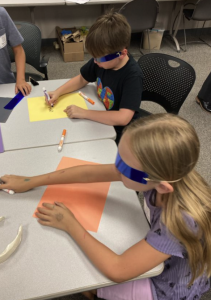 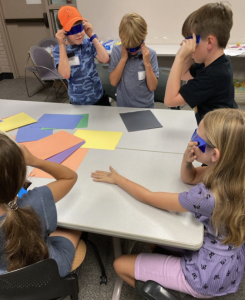 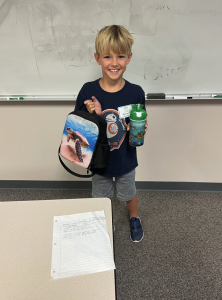 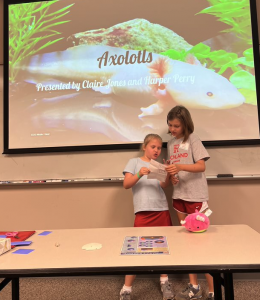 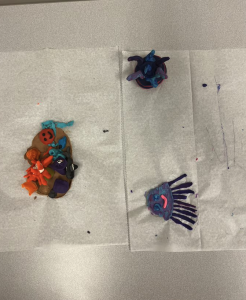 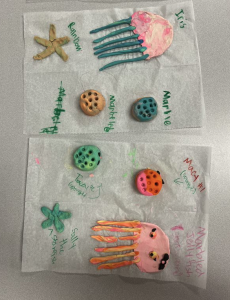 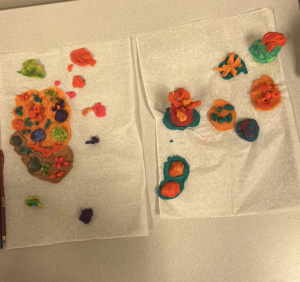 Thursday: Today the students learned about the deep sea. We discussed the different sections, the various creatures that lurk down there, and so much more! The students also created goggles to test how light disappears in the deep sea. They also observed a starfish dissection!

Wednesday: Today the students learned about the types of mangrove forests and the animals that reside in them. We discussed the types of reefs and the ecosystems within. The students observed a documentary about the coral reefs. They also watched a squid dissection!

Tuesday: Today we continued our discussion of marine invertebrates, covering the arthropods (jointed foot) which include animals such as lobsters and crabs. Students learned about the incredible abilities of my favorite arthropod, the mantis shrimp, and its amazing punching ability. Students then learned about the echinoderms (the spiny skin) which include starfish, sea urchins, and sea cucumbers. Through drawings, we learned about the basic anatomy and body plans of these various animals. Students then explored the strange adaptation starfish evolved to move throughout their world and hunt, their tube feet and water vascular system, a peculiar network of hydraulic appendages along the arms of the starfish.

Following our discussion of invertebrates, we examined the world of the chordates, with a particular focus on two classes: Chondrichthyes (cartilaginous fish) and Osteichthyes (boney fish). Students compared and contrasted these two classes of animals looking at both external and internal anatomy. Ask your young marine biologist how sharks and fish maintain buoyancy. We then learned the basics of gill physiology and how fish extract dissolved oxygen from the water. Finally, our day concluded with a dissection of real shark! Students got to observe as I dissected a shark in front of them, seeing in a real animal the various organs and body plan and how it compared to their drawings. Tomorrow we will begin our exploration of ecosystems, focusing on tropical coral reefs.

Monday: What a fantastic first day of SAVY! It was wonderful seeing how enthusiastic students were to learn about life in the oceans, and what great questions they all had! Day 1 brought our budding marine biologists through some of the major invertebrate animal phyla found in the oceans. We discussed the most rudimentary of multicellular animal life, porifera, the sponges. Students learned all about sponge anatomy and cell types and how sponges eat by filtering water through their bodies with currents generated by special cells called choanocytes. We then moved into the cnidarians, the nettles of the sea, jellyfish and sea anemones. Ask your young marine biologist about the stinging cells (cnidocytes and nematocyst).  Students also learned the two basic body plans of cnidarians the polyp and medusa forms.

As we continued up the evolutionary chain, we stopped to explore the mollusk, known for their soft bodies and muscular foot! Students got to learn all about the different types of animals that make up the phylum mollusca with a special focus on three classes: gastropods, bivalves, and cephalopods. Ask them what each name translates to. As with the porifera and cnidaria, students learned basic animal anatomy through drawing body plans, and learned a number of characteristics that scientists use to define each class. As an unexpected tangent (brought up by the students) we also discussed open vs closed circulatory systems. Finally, we ended the day with a trip the Vanderbilt’s zoology lab were students got to see many of these animals first hand. This included live sea anemones, corals, and sea urchins, as well as preserved specimens of octopus and squid. Feel free to look through their notebooks and ask them to teach you all about it. Looking forward to continuing our survey of marine organism tomorrow with a discussion of arthropods, echinoderms, and our close relatives chondrichthyes and osteichthyes (sharks and fish)!