Drop the ball into slots and aim correctly to get a prize.

Throw 3 colored balls into the matching circle to win a prize.

Pick 1 covered cup and punch through it for a chance to win a prize.

The cups are switched around fast while you watch and try to guess which cup has the ball under it.

Roll the die. Move that number of spaces then complete the activity and repeat. The player that makes it to the end first wins.

Throw the bean bags into the net. If you make it 10 times you win!  Game 9: Super Bean Bag Toss

Try and toss the bean bags into the holes to win points if you make three shots you win!

Throw the ball into different cups to score points. The highest score wins. 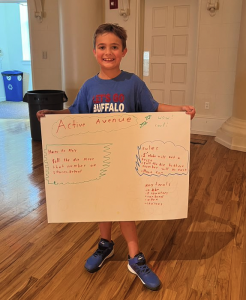 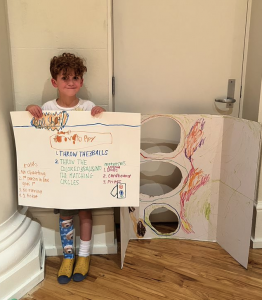 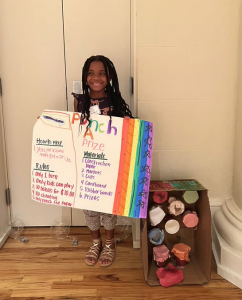 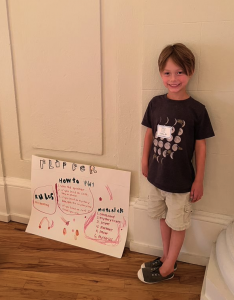 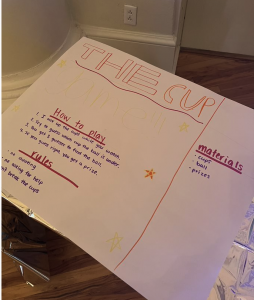 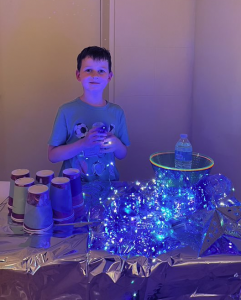 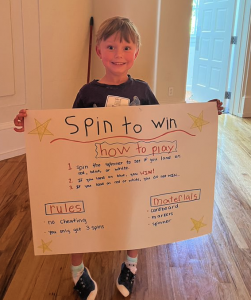 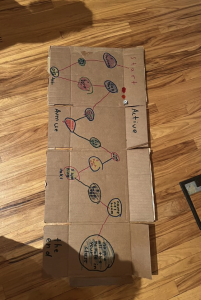 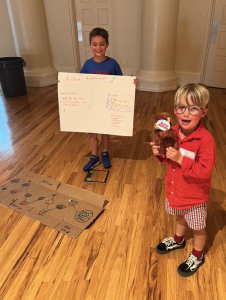 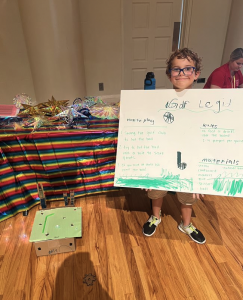 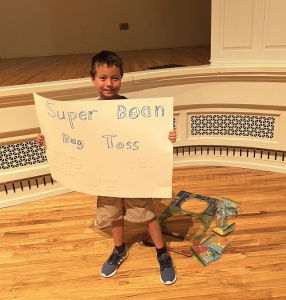 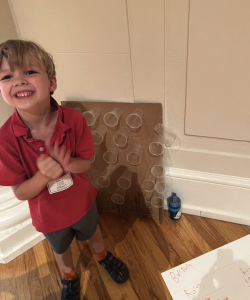 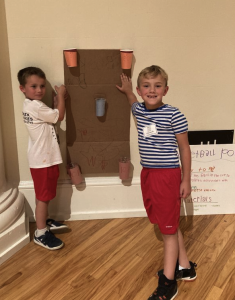 Thursday: In Games Galore today, students learned how to use strategic thinking to win a game. Students learned the attributes in a standard deck of cards. They learned to play several games using playing cards. Evaluated students probability understanding by playing  a Time to Climb game. Students completed a probability investigation using random shapes. Students are following the Engineering Design Process to develop their carnival game. Students are at the planning step in the Engineering Design Process. In the planning step students sketched their prototypes and display boards for the Probability Carnival. Tonight ask students: should games be fair?

Wednesday: In Games Galore today students went to the computer lab to research carnival games to help create their own game. Students boosted their problem solving skills playing virtual checkers. Students learned about even and odd numbers and conducted a probability investigation using numbered cubes they created. Students played Probability Jeopardy where they answered probability questions to win the game. Students wrote a written proposal  for their Probability Carnival Game. Then they presented their ideas to the teacher. Tonight ask the students the name of their game, how it’s played and what materials they will need to build it.

Tuesday: In Games Galore today students predicted the outcome of a probability experiment. Demonstrated through investigation an understanding of fairness and related this to the occurrence of equally likely outcomes of a coin flip and die roll. Students learned mathematical vocabulary. Students visited a virtual  Probability Carnival and played several games to earn tickets.  Students have started the process of developing their Probability Carnival game. Tonight ask students about their game ideas and how how can they ensure the game is fair.

Monday: Today in Games Galore students are learning about mathematicians, fairness of games and probability. Students used  mathematical vocabulary to determine probability. Explored spinner fairness and properties of probability. Students went on a virtual field trip to a carnival as research to develop their own games for our class Probability Carnival Friday. Students analyzed the games Tic tac toe and Uno for their probability of winning and fairness. Tonight ask the students: “Is Uno a fair game?” Then ask them to explain their answers.