On our final day in Puzzles and Problem Solving, we looked at a couple of gold coin problems where students had a certain number of weighings on a balance scale to try to determine which coins were fake. Students quickly solved the nine-coin problem and set to work on the five-coin version. You would think the five-coin version would be easier, but there are multiple counterfeit coins in that one!

We spent most of the rest of the day summarizing, investigating, and extending our puzzles and problems from the rest of the week. With the pirate problem, students worked in small groups to change the initial problem from a five-pirate problem to a ten-pirate problem. Then we worked together and eventually ended up with 207 pirates! Then, students were able to locate a pattern that allowed us to predict how the problem would proceed.

We also returned to the airplane problem and reviewed and applied the two probability rules that we had learned yesterday. We looked for patterns there and ended up spotting Pascal’s Triangle near the end of our investigation! We looked at a Sudoku that, instead of numbers, had nothing by mathematical symbols in it. Students did very well to solve this.

We also completed another set of rebus puzzles and our biggest nonogram to date: a 15 x 15. A picture of our completed effort is included. 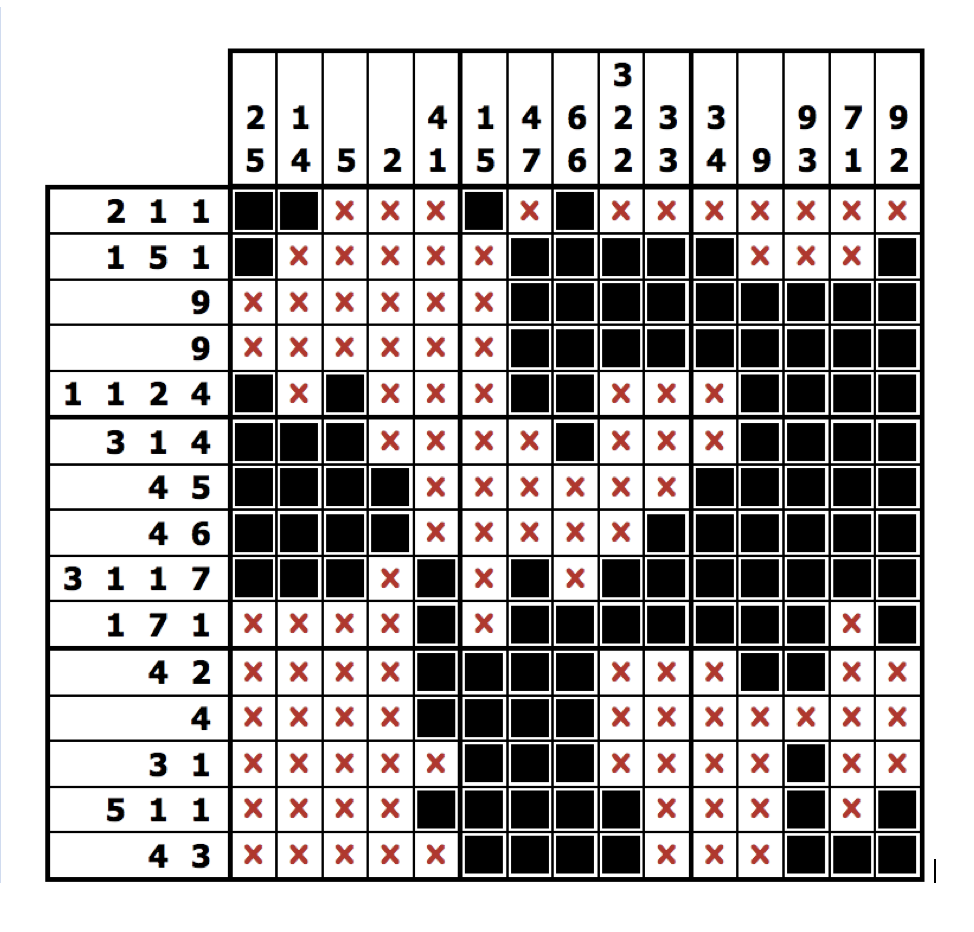 Thank you all for a great week!