And our Detective-Historians undertook still another quest this week!!  Was James Rivington a patriot spy or merely a loyalist who was also the king’s printer in New York City?
To kick things off, we decided to follow the second step of good detectives (the first is to identify the question they will solve) and do some brainstorming and background research.  New York was an important part of last week’s adventure when we considered the story of Benedict Arnold and his decision to betray the American Revolution.  In fact, Arnold was a spy of sorts!   Our detectives identified some popular spies, ranging from James Bond to Nathan Hale.  They went on to discuss some preliminary characteristics of spies: sneakiness and trickiness, the ability to be subtle, intelligence, and others.  We turned our attention to New York City in the American Revolution and discovered that it was in British hands from the fall of 1776 until “Evacuation Day” in 1783 after the war.  In fact, New York City was one of the primary bases for the British in North America during the war.  That made it very important to infiltrate.
Washington turned to his trusted colleague Benjamin Tallmadge in 1778 to concoct a way to infiltrate British New York.  (Tallmadge incidentally had been a friend of Nathan Hale when they attended Yale together) And Tallmadge did just that.  He relied on a network of his friends to create what became known as the Culper Spy Ring.  This ring was made up of all sorts of ordinary people: farmers, tavern owners, etc. and included both men and women.  The spies relied on code names, sent coded messages, transported written messages to Tallmadge in Connecticut who then sent them on to Washington. (to see the master code book, visit this link.
Armed with this knowledge, our detective historians took up the big question of the day.  James Rivington was a well known loyalist printer in New York who published several newspapers over the course of his career.  He was also the trusted “King’s Printer” during the revolution.  At the end of the war, a mysterious event occurred: Washington’s men were sent to protect Rivington and his property.  The printer would not evacuate with the British troops.  What was all of this about?  Our detecitves joined forces in groups of 2 and 3.  Each group got to examine several different pieces of evidence that may or may not have had helpful clues in determining whether James Rivington was a spy or not.  They formed educated theories based on the evidence and their analysis, and then we presented these theories to one another.  All four groups agreed that Rivington was most likely a spy during the Revolution.  There was one abstention–one of our detectives thought he was a loyalist who maybe helped the patriots out once or twice.

To learn more about James Rivington and his possible involvement with the Culper Ring, follow this link. 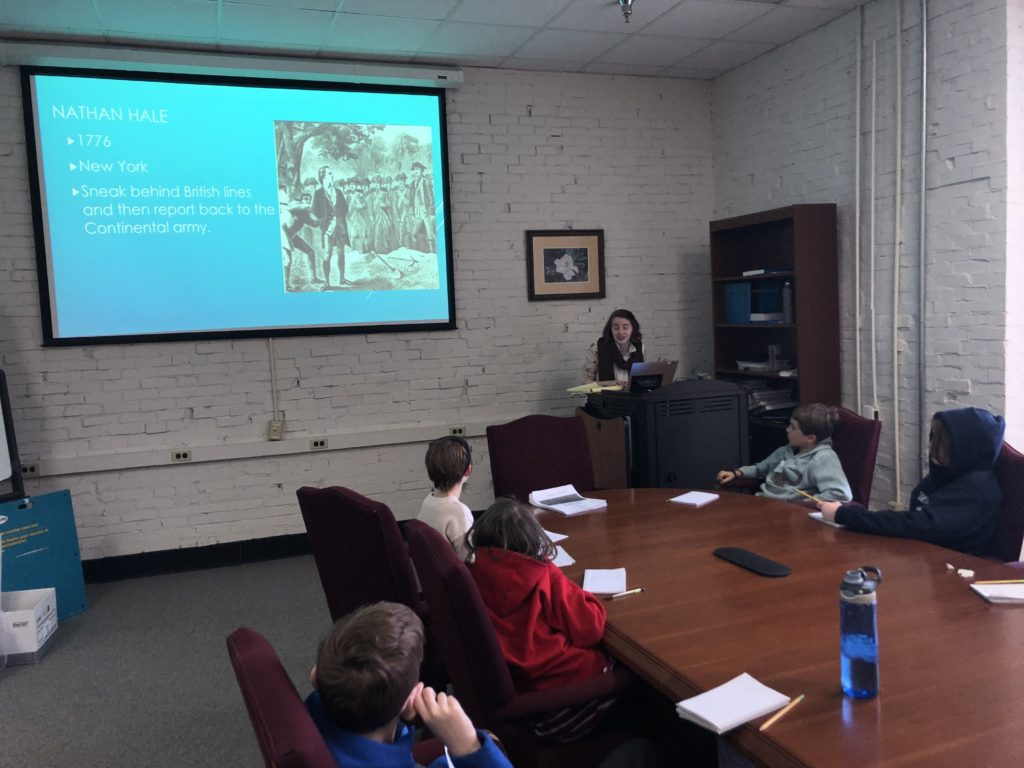 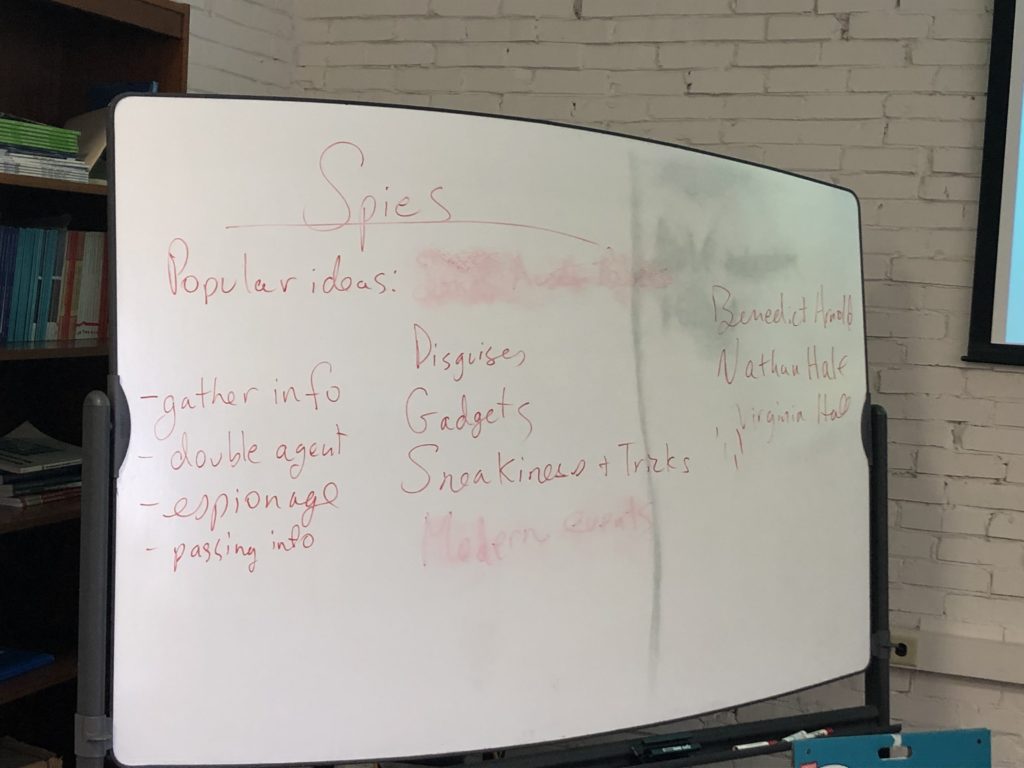 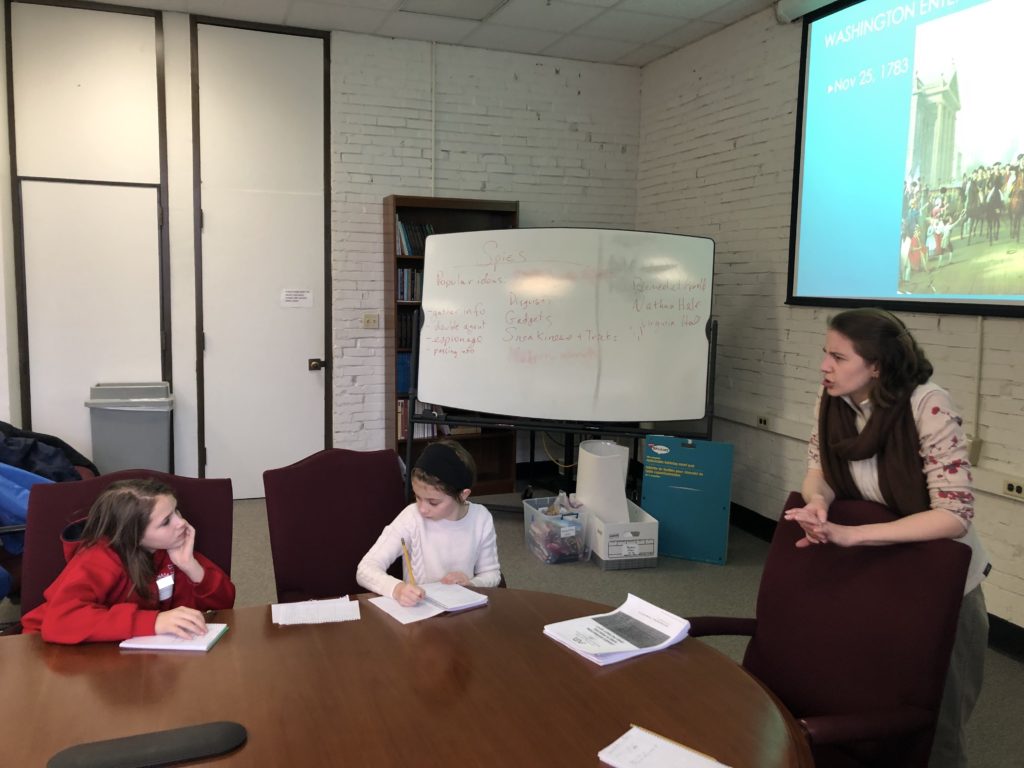