Our sleuths had another great week of detective work as they turned their attention to a new historical mystery: why did Benedict Arnold betray George Washington and the American Revolution?  SO much to uncover!
We spent a good deal of time uncovering the backstory to Benedict Arnold’s career.  Conveniently, his participation in the American Revolution kicked off with the events we discussed last week at Lexington and Concord.  Taking a look at Benedict Arnold’s career as a revolutionary hero before he became a traitor allowed us to learn more about the Revolutionary War int he northern theater also! After Lexington and Concord, Arnold demonstrated his leadership skills and zeal for the revolution when he let Connecticut militia to Cambridge, Massachusetts to join the fight.
By May of 1775, Arnold honed in on Britain’s primary strategy for victory, namely to capture the Hudson Valley and New York City, and so cut off New England from the rest of the colonies.  Almost immediately, he proved himself to be a forward thinking man of strategy as he joined with Ethan Allen and the Green Mountain Boys to take Fort Ticonderoga (and its canons, famous for their presence in the ongoing warfare in and around Boston).  The American invasion of Quebec was Arnold’s brainchild, and although the campaign was a failure, he proved his dedication to the early Revolution.  In July 1776, the Second Continental Congress famously put forth the Declaration of Independence.  One of its primary purposes (something our sleuths deduced for themselves) was to allow the United States to make alliances with other nations, France and Spain.  However, France and Spain only joined the war after the United States proved itself with the victory against Britain at the Battle of Saratoga in October of 1777(this killed once and for all Britain’s strategy in the early war of separating New England).  Arnold had been a champion of delaying Britain’s invasion of the Hudson Valley up to this point, and at the Battle of Saratoga he was largely responsible for the success of the Continental Army in the field.
Our detectives discovered that, alas, in spite of his dedication, talent, success, and sacrifices for the American cause (including his left leg permanently maimed at Saratoga), Arnold did not receive the recognition he deserved.  In 1778 and 1779, Arnold began to brood.  Meanwhile, he was passed up for promotion; he married a woman with loyalist sympathies and connections with British officers, Peggy Shippen; he found himself in debt, a result of his decision to live beyond his means so that he could fit in with Peggy’s elite society; and he became the target of vicious attacks and accusations of a Pennsylvania leader named Joseph Reed.  Ultimately, Arnold was humiliated as a result of these attacks.
Once we had gained a better understanding of Arnold and of the American Revolution by 1780, we turned our attention to the famous event itself, Arnold’s decision to betray Washington and the American Revolution by offering to help the British capture West Point (located at a strategically significant point on the Hudson River) and George Washington, himself.  After studying Arnold’s career and the development of the Revolution itself, our detectives presented to one another their own ideas about what had motivated Arnold.  They then got to compare their expert ideas with the theories of other Arnold Experts, James Kirby Martin and Nathaniel Philbrick.  (Mount Vernon’s website has some fantastic resources that our detectives might enjoy further ).

Our detectives finished the day by thinking about how historians have access to different types of evidence at different times and how new evidence can surface.  We considered the circumstances of a manuscript written by Arnold himself after he had become a British officer.  The manuscript remained hidden for nearly 100 years and offers a unique look into Arnold’s perspective of the American Revolution at its end.

It is hard work being a detective historian!  But, it is also great fun!  Who knows what sort of intrigue next week’s mystery will bring!? 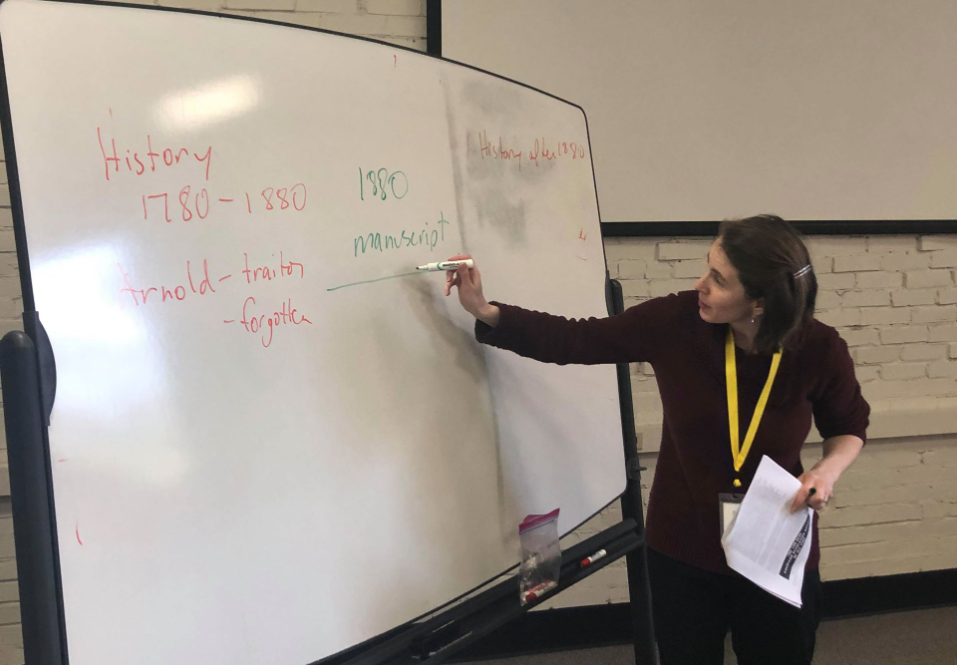 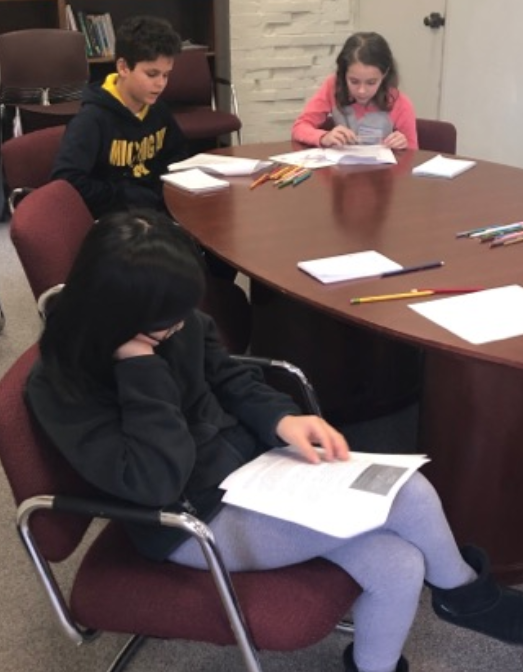 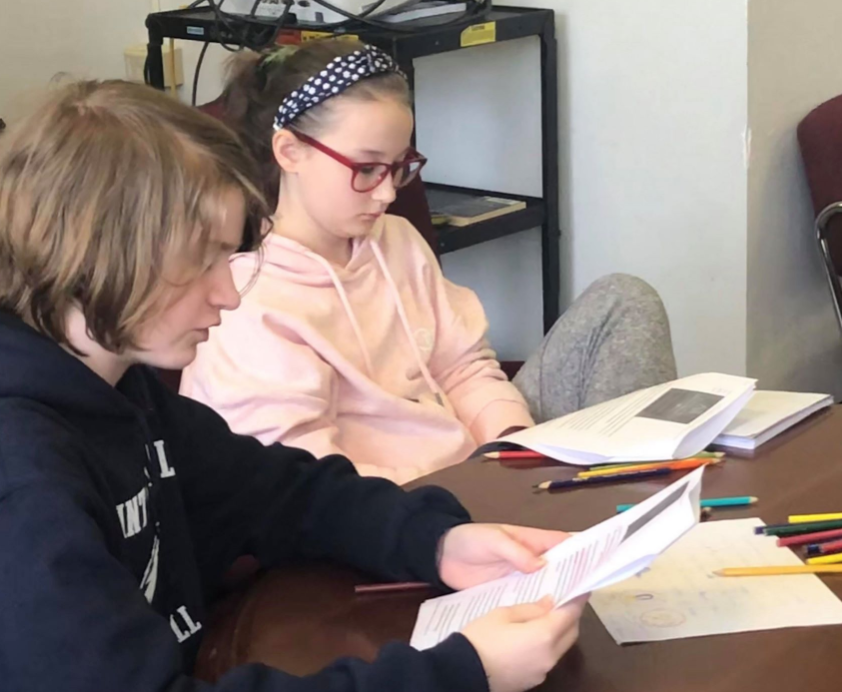 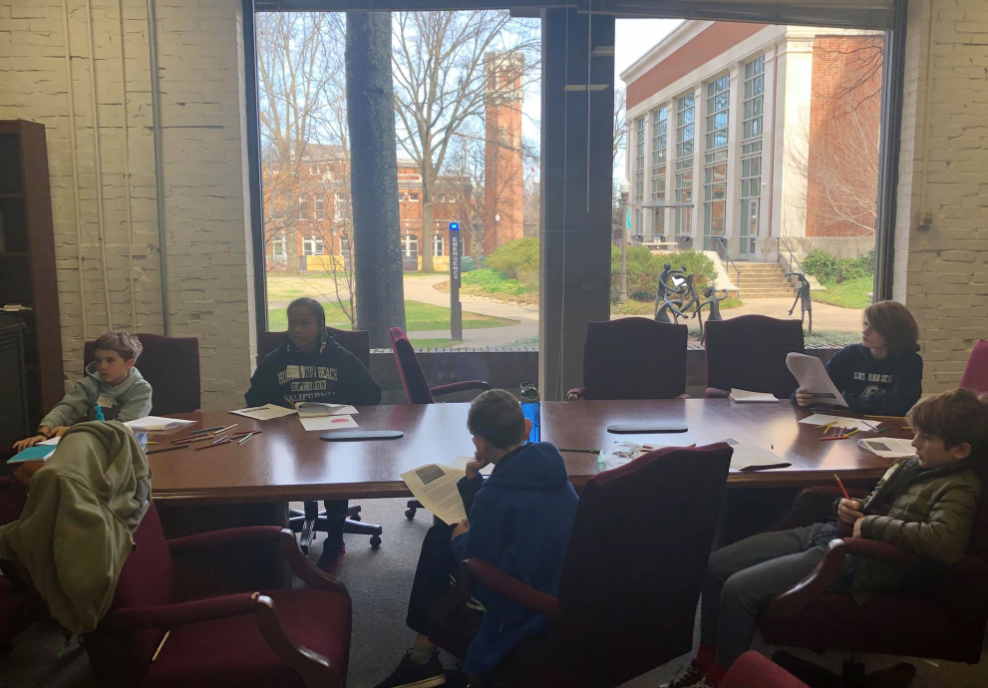