National Geographic had it right: joy is round. You could see it on our faces as we began our morning with an exploration of three homemade soccer balls. We rolled them, tossed them, and used them for an exciting round of Hot Potato. Ask your resident expert: What was similar, what was the same, and what was different about each of the balls? Know that the invitation to share homemade balls extends throughout our course.

Next, in our toy designers’ showcase, we tested our clay innovations to familiar toys. Six designers created forms of hockey pucks; one designer created a new marble; and another designed a die. Before testing, each designer explained the change made to the standard form of the toy and their prediction(s) about whether the change in the object’s form would impact its function and change the game. Each designer then tested the performance of his or her object and – together – we considered whether the prediction(s) held true. Designers brought home their objects and recording forms on Saturday. If you haven’t yet done so, please set aside time for your child to explain and demonstrate their innovation. Ask, too, what they noticed about other’s designs. Did every change in shape change the game? (Hint: We decided one didn’t.)

We then turned our attention to ways in which combining three-dimensional shapes can yield other familiar shapes. Our investigation was anchored by geoblocks, a collection of hardwood building blocks that include cubes, rectangular and triangular prisms, and pyramids of various sizes that relate to other blocks in the set in interesting ways. Our explicit challenge was to find ways to “combine some of the blocks to create another block in the collection.” Geometers constructed composite shapes by combining triangular prisms to create rectangular prisms, smaller cubes to create larger cubes, and more. This investigation took us to snack time, which included a read aloud of Pezzittino, by Leo Lionni. Ask your child to retell the story. What was Pezzittino’s question to his friends, what did he discover about himself on the Island of Wham, and how does the story connect with our work as geometers?

To build facility with precise mathematical vocabulary that helps us to describe our observations and ideas, we investigated a collection of boxes. Although it was easy to see differences in our boxes’ sizes and shapes, a closer analysis of our box collection revealed commonalities. We identified and counted each

face: flat side of a polyhedron that is in the shape of a polygon

vertex: point where three edges meet in a three-dimensional shape

All shared specific attributes (6 faces, 12 edges, 8 vertices); all had faces in the shape of rectangles; and all shared a common name: rectangular prism.

We closed with a series of spatial challenges related to cubes, which we noted are rectangular prisms with six square faces. For these investigations, we used a collection of same-sized cubes.

·     The initial challenge was to create as many different 6-cube buildings as possible, given the rule that at least one face of every cube must be exactly matched with the face of at least one other cube in the structure. For example, six cubes side-by-side in a row is one building, and two side-by-side columns with three cubes in each would be another. In a matter of minutes, our team of geometers found more than a dozen ways – and we think there are more to be discovered. Ask your geometer why we needed two different ways to record our designs.

·     Sticking with our collection of six cubes, we then worked to interpret 2×2 design grids. Numbers indicated the total number of cubes to be stacked in each quadrant, and we flexed our visualization muscles by first imagining each structure and then building it to check our ideas.

·     Last, an investigation of successively larger cubes provided insight into the structure of cube numbers. Given a cube as one, the challenge was to combine smaller cubes to create the “next possible cube.” Working collaboratively in table teams of four, geometers built representations of cube numbers ranging in size from 2x2x2 (or 23) to 5x5x5 (or 53). As we admired the composite cubes, our curiosity naturally turned to the question of how many smaller cubes were part of each larger cube. We agreed that the 2x2x2 was easiest to see, because all 8 smaller cubes were visible. For the 3x3x3 – in which each layer is constructed of 9 smaller cubes – we solved for the total in two ways. Our first way was to add 9+9+9; our second way was to notice than 9 is really close to 10, so we combined three 10s to get 30 and then subtracted the 3 cubes we’d imagined. To calculate the number of smaller cubes in the 5x5x5, using what we know about quarters helped us to find the total of five groups of 25.

Your child’s thinking assignment in the week ahead is to explore the kitchen pantry – or the aisles of the grocery store – and consider three-dimensional shapes that are used by manufacturers for packaging. Why does your geometer think these shapes were selected? How are the shapes similar and different? What can be learned by analyzing the shape in terms of its faces, edges, and vertices? An optional hands-on link to our study is to invite your child to find examples of three-dimensional shapes depicted in magazines and newspapers and cut them out for a shape sort. (Last week’s early-reader caveat applies here as well, so please take appropriate precautions to protect young minds from news and images we’re not yet ready to consider.) Is it possible to find examples of the three-dimensional shapes that have most captured our attention: cones, cubes, cylinders, spheres, rectangular and triangular prisms, or triangular- or square-based pyramids? Which are depicted most often and which seem harder to find? Why might that be true? Students are invited to bring collections of images to share next week.

Thank you for your continued support in helping our young mathematicians see and explore the world through geometer’s eyes! 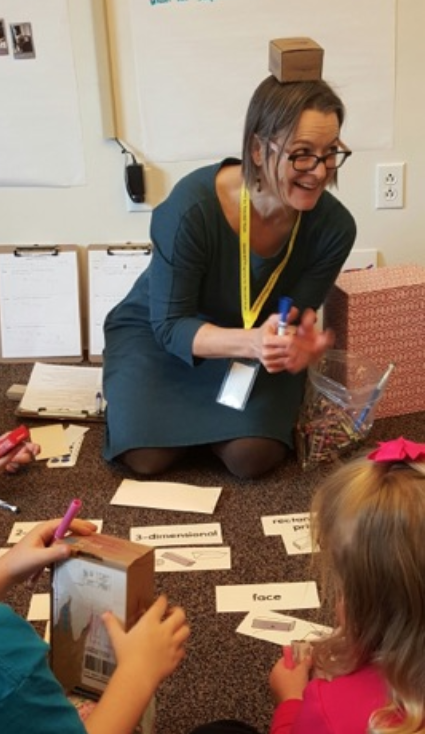 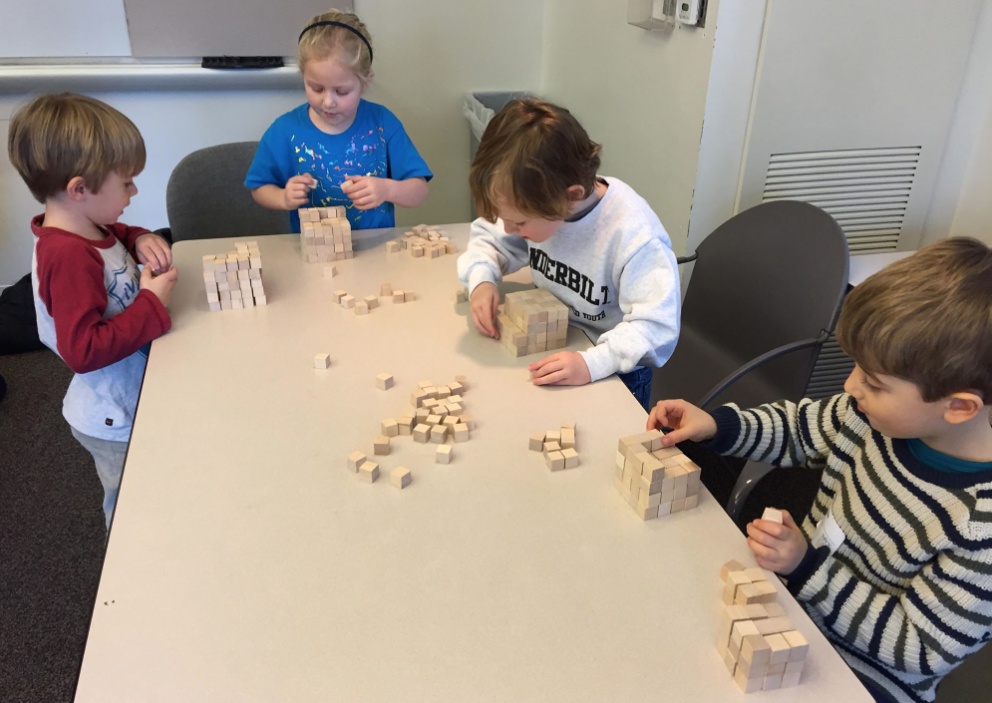 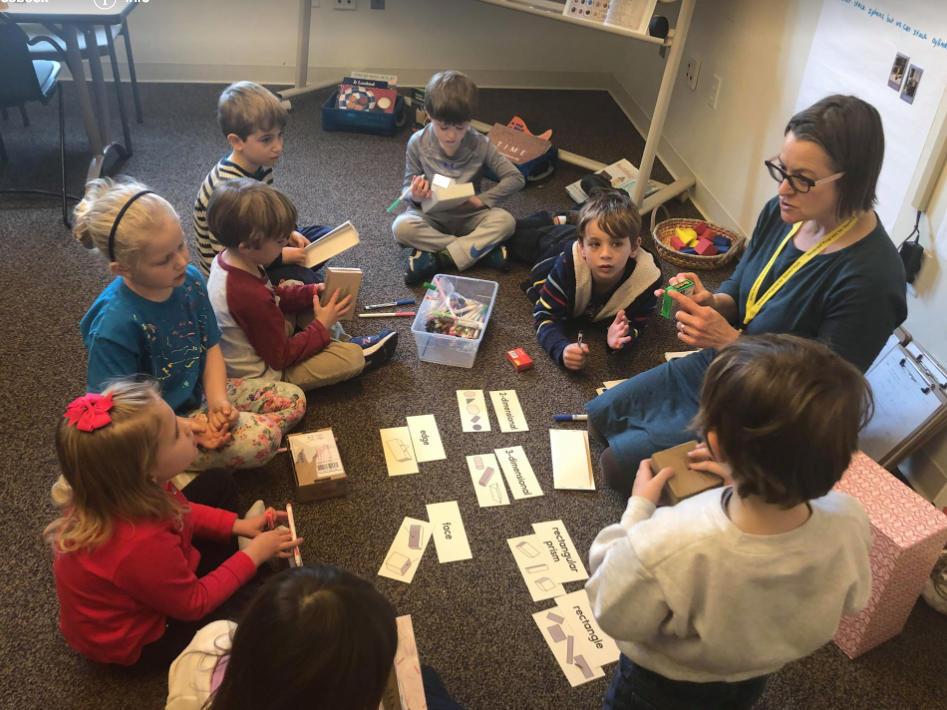 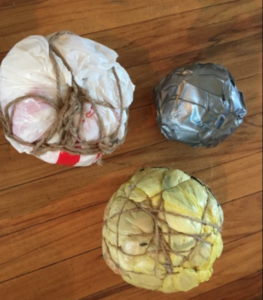 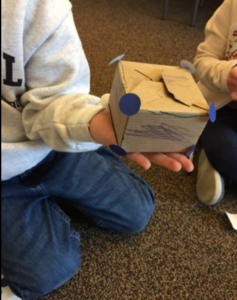 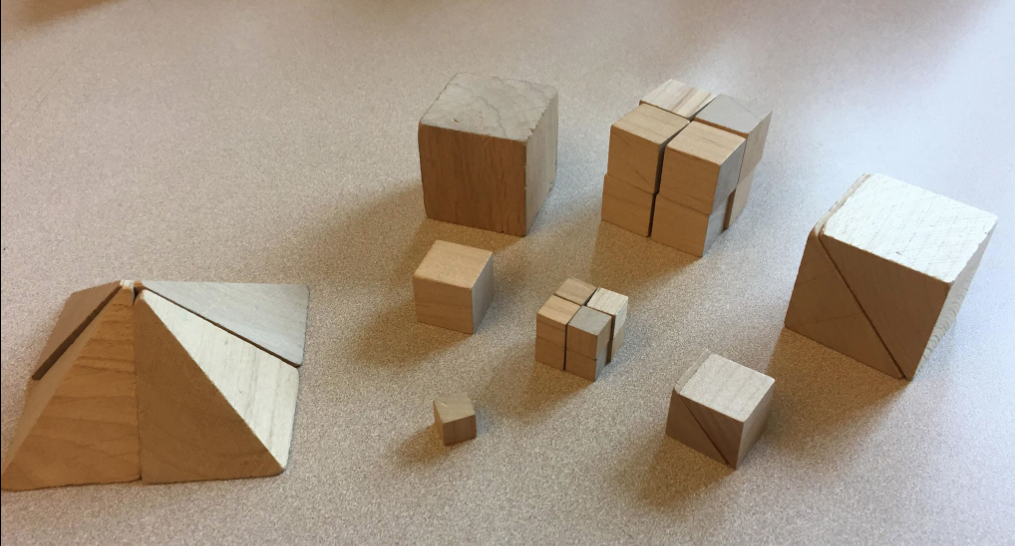 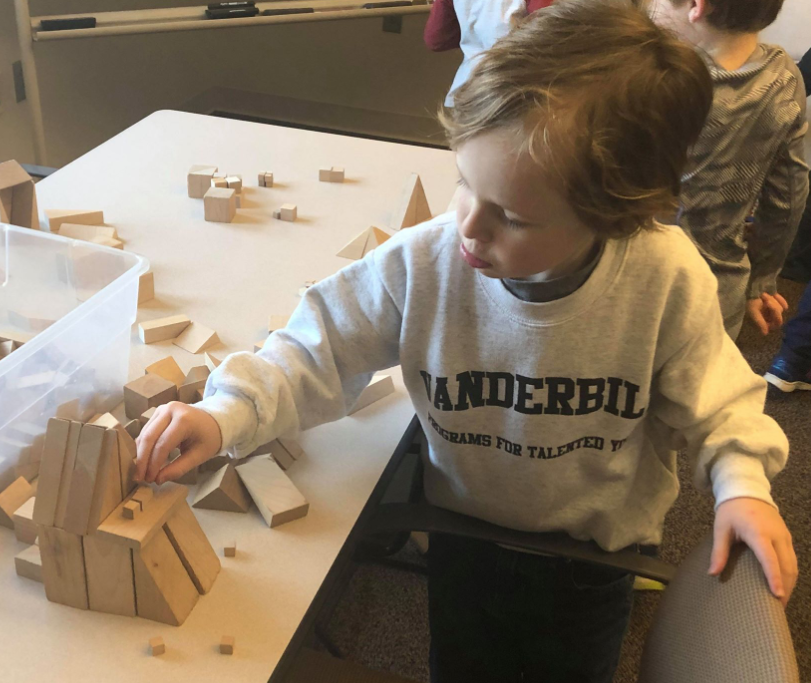