This week, we investigated the link between form and function.

Our geometers first explored a collection of toys with forms that are – or are similar to – four geometric solids: six-sided dice (cubes), spinning tops (cones), hockey pucks (cylinders), and marbles (spheres). During the exploration, students were charged with thinking about the attributes of a given shape that make the object “just right” for the purpose it serves in the game or activity. The “point” is integral to the function of the spinning top, for example, and one of the important things about dice is that they stop rolling so players can know “what to do next in the game.” A game played with dice in the shape of spheres might never end! Afterwards, students used self-hardening clay to model the original shape of one (or more) of the toys, changed the form in some way, and made a prediction about the anticipated impact of the change on the toy’s performance. Ask your mathematician: Which toy did you re-design? Do you think the change you made to the shape will change the game? Why or why not? We’re testing our designs next week, so stay tuned for results! Also, many of our toymakers are interested in painting their creations next week, so please dress with that in mind for next Saturday’s session.

In our second investigation, we took a closer look at the cube in relation to the cube, cylinder, and sphere, and asked: How is it different from the others? Our geometers noted that the cube has square faces, six sides, “more points,” and no round parts. We learned that the cube belongs to a large shape family of polyhedrons (3-D shapes with faces that are polygons), and that the cube is a member of a special group of polyhedrons called the platonic solids. With partners, students studied a collection of dice that included four of the five platonic solids: hexahedrons (6 square faces), octahedrons (8 triangular faces), dodecahedrons (12 pentagonal faces), and icosahedrons (20 triangular faces). The thinking challenge was to identify the attributes that platonic solids have in common (faces are identical regular polygons), as well as to describe the differences among them (different numbers of faces; some are constructed from squares, some from triangles, some from pentagons). We then used toothpicks and clay to model the platonic solid that was missing from our collection: the four-sided tetrahedron, which has triangular faces. After forming the tetrahedron, all of our geometers accepted the “cube challenge,” and a few attempted 8-sided octahedrons and square-based pyramids. The clay should be fully set by Tuesday morning, and geometers have been advised to leave their structures on the display board until that time.

These hands-on investigations linked our study of geometry to the intentionality with which objects in are designed in our world and provided an opportunity to think about how familiar shapes are combined to create new structures. For instance, we noted that our collection of spinning tops typically had a cone-like form as the base and a cylindrical feature at the top from which the top is spun. In our work with clay and toothpicks, geometers noted that placing the tetrahedron atop a cube (or hexahedron) resembles a house, albeit with a roof that doesn’t provide full coverage.

We closed with an introduction to toymakers from another continent. Together we admired the photos from the National Geographic article “Joy is Round,” which features images of homemade soccer balls from Africa. A link to the photos is provided below, and I encourage you to explore the collection of photos with your child. [One important caveat for parents of independent readers: Please preview the photo captions and make an informed decision about whether to turn them off before a shared viewing. Most are appropriate for our young audience, but one mentions an inflated condom as the starting point of construction – and that may not be a vocabulary word you’re prepared to introduce.]

Your child’s thinking assignment in the week ahead is to explore one or more of their toys and ask: Why this shape – or this combination of shapes – for this toy? How would the function differ if I changed the shape(s)? An optional follow-up to in-class toymaking is to try making a soccer ball. Links to inspire your efforts are provided below, and students are invited to bring any homemade balls next week to share with our class. As a family, you might also enjoy a shared viewing the short film Tops, which features tops from around the world. And last but not least, if you find yourself at the library, one of our students gave us an enthusiastic preview of Mummy Math: An Adventure in Geometry, by Cindy Neuschwander. Links to recommended resources are provided below. Happy exploring!

Making a Soccerball [sic] out of Plastic Bags (short clip of an African maker in action; about 2 minutes)

How to Make Your Own Soccer Ball (a how-to film from a child’s passion project; about 2 minutes)

Tops (a short film by Charles and Ray Eames with tops from around the world; about 8 minutes)

Our Geometers Hard at Work 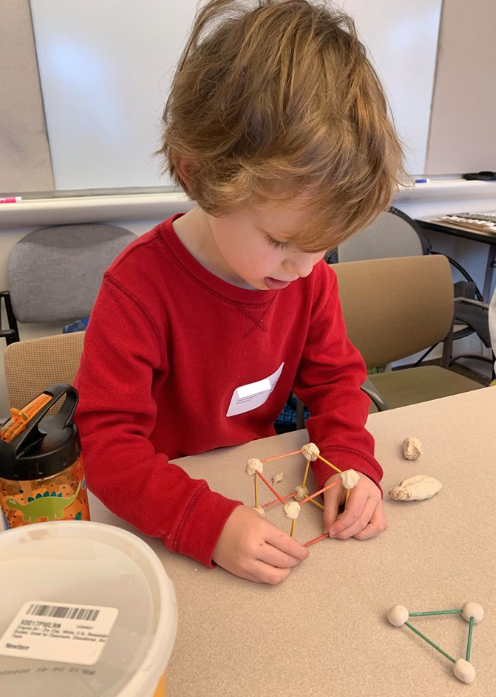 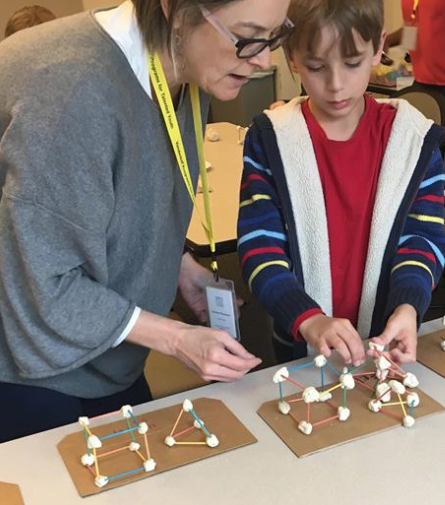 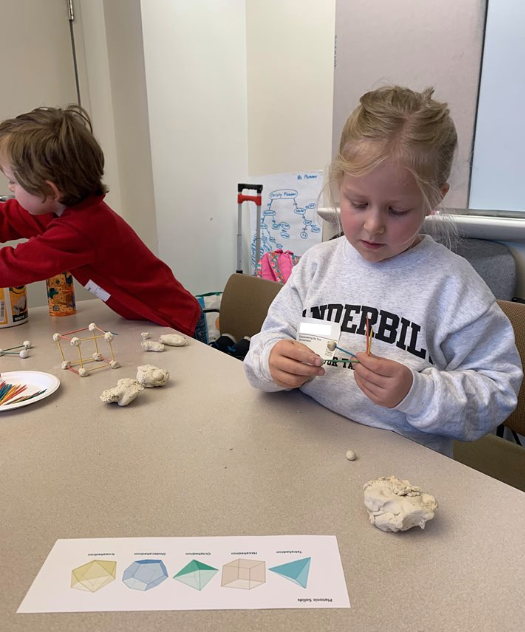