What is fair in game playing? What is not fair in game playing? What criteria might we use to determine if a game is fair or if, we want to play a certain game that seems unfair? What are some likely purposes for wanting to play a game? How can we modify games to make them fair? We looked at all these scenarios on day one as we played games and evaluated our conclusions, opinions and ideas.

In the first game we played, heads/tails coin toss using one coin, students were convinced that using one coin made the toss a fair game because there is a 50/50 chance, or equal chance for both players. However, when we tried the same coin toss game with two coins, students decided that it was harder for a person to win because with two coins, there was more room for a player to get their heads or tails goal twice, while the other player might only get one of their chosen head/tails goal, which made this a 1 out of 4 chance instead of a 1 out of 2 chance. Students decided that it was still fun to play with two coins, but if made the game more difficult to win.

Reading the entertaining book, Purple, Green and Yellow, by Robert Munsch, helped us understand the probability terms impossible, unlikely, likely and certain, so that we were able to go outside and identify things that fell into each category. We enjoyed making a continuum line chart from impossible to certain, when we returned to the classroom, and it was fun to use our new vocabulary terms to as we played other games. Now it was time to see if we could begin to spot a game with rules that made the game playing unfair, so we played a red and yellow double-sided counter toss game. Students played in partners. This board game with red/yellow two sided counters had the following rules. First, players had to choose to be either player A or player B. Then two red and yellow (2-sided) counters were tossed in the air. If both sides landed on red, player A moved one space on the board. If both counters landed on yellow, player A moved one space. If the counters landed on different colors, player B moved one space. We began playing and very quickly, students started noticing that player A had an unfair advantage over player B. They all agreed that the rules of this game were unfair. Then students started re-writing the rules to even the playing field. Our discussion centered around how important it is to know when a game is unfair, and we all agreed that paying attention to the rule from the beginning is wise. Perspectives changed from believing all games are created fair, to keeping being more skeptical.

Next week, we will be evaluating the fairness of playing games with spinners divided into different fractional parts (1-4, 1-8) and dice (6 sided and more), as well as the fairness of who gets to go first in a game. If you have time this week, it would be fun for your student to draw a line with a range of   impossible——-unlikely———–likely————certain and record things on the continuum from their everyday life to share with the class when we meet again next Saturday.

Have a great week! 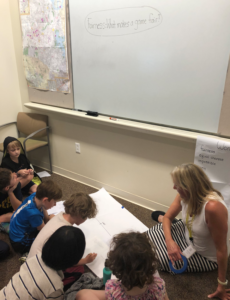 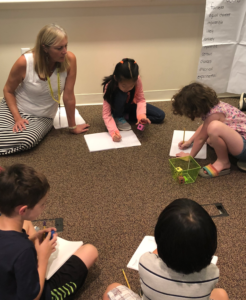 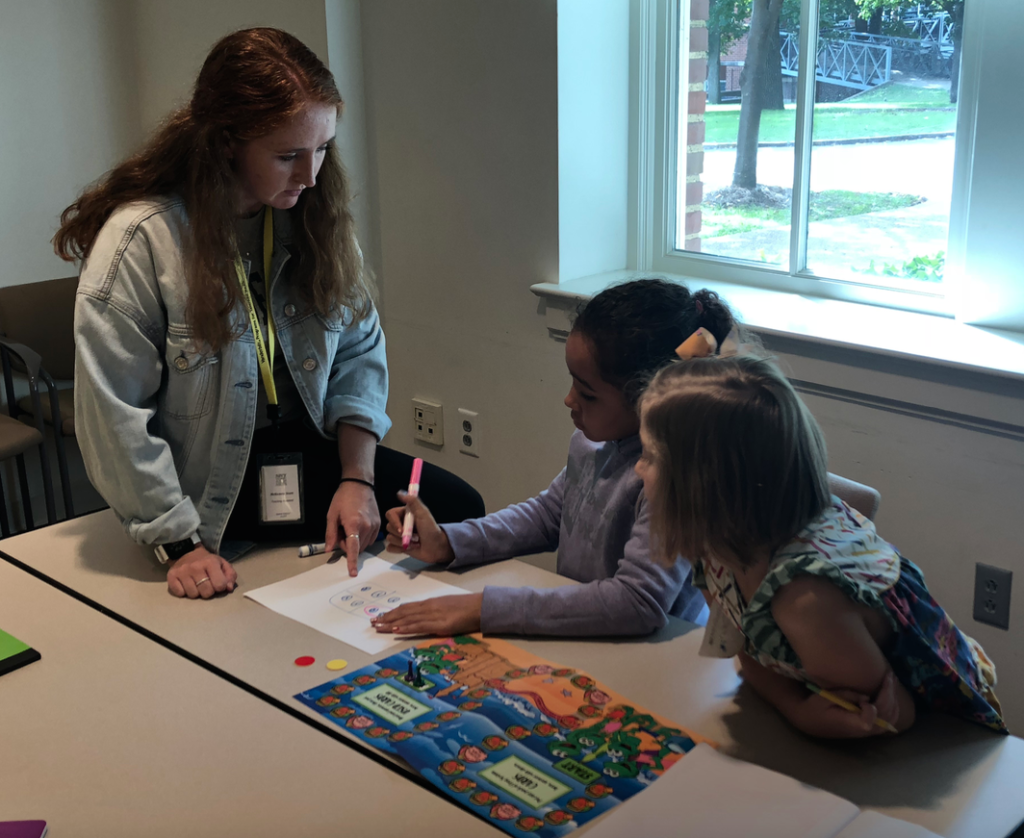