To remind ourselves of Saussure’s signifier, signified, and sign, we played a game where students were tasked with identifying signifiers from certain characters or scenes from A New Hope. We also clarified that the endless chain of signification is not mere free-association. The chain of signification leads to larger, more encompassing concepts as one travels down the chain. We used the metaphor of Russian nesting dolls to clarify this concept. Students furthered their understanding of chain signification by critiquing images from A New Hope.

After brushing up on Saussure, we watched a brief animated video about post-structuralism and semiotics that served as a jumping off point for the day’s work. The video reinforced the idea that meaning is subjective and fluid, which opens the door wide for post-structuralists.

We defined and discussed the idea hegemony. To do this, we took a short field trip around the Vanderbilt campus. Walking around, we examined sidewalks, stairs, signs, security stations, and so on to determine what hegemonic norms Vanderbilt consciously or consciously has reinforced. We found that the stairs leave out people in wheelchairs, while many signs leave out people who don’t speak English or who are blind. We also discussed disadvantages faced by left-handed people as opposed to right-handed people, and the experiences of Native American people who lived in Nashville well before Europeans. We connected our discoveries to the work of post-structuralism because this lens attempts to bring alternate and often overlooked points of view into focus.
We studied historicism and the act of re-historicizing content. We experience content in the time and space that we inhabit, yet so often media is constructed in a era differing from our own. We examined Return of the Jedi’s Battle of Endor with eye towards the Vietnam War (a major influence on George Lucas) before watching a few minutes from a documentary about Star Wars and the 1970s. On the board, we listed cultural and political events from the 60s and 70s, before juxtaposing these events with some from 2018. Then, students self-selected a character from A New Hope and historized and re-historicized the character, critiquing meaning as it may have been inferred in 1977 and as it may be today.

We ended our day by moving quickly through two sub-schools of historicism: post-colonial studies and orientalism. In critiquing the famous scene where a collection of Jawas sell the droids R2-D2 and C-3PO to Luke Skywalker, students were shocked to identify signifiers that drew clear parallels to the Atlantic slave trade and the practice of human bondage. Discussing orientalism, we examined signifiers from the classic cantina scene and from the costume of Darth Vader that borrow from non-western cultures, from Samurai armor to Hebrew writing.

I cannot believe that tomorrow will be our last day. I’m looking forward to our open house, when students will be able to show you artifacts of their learning before participating in an impromptu critique of an unexpected piece of Star Wars content. (Shhh…don’t tell them; they don’t know what I have in store!)

Photos From Our Talk on Historicism 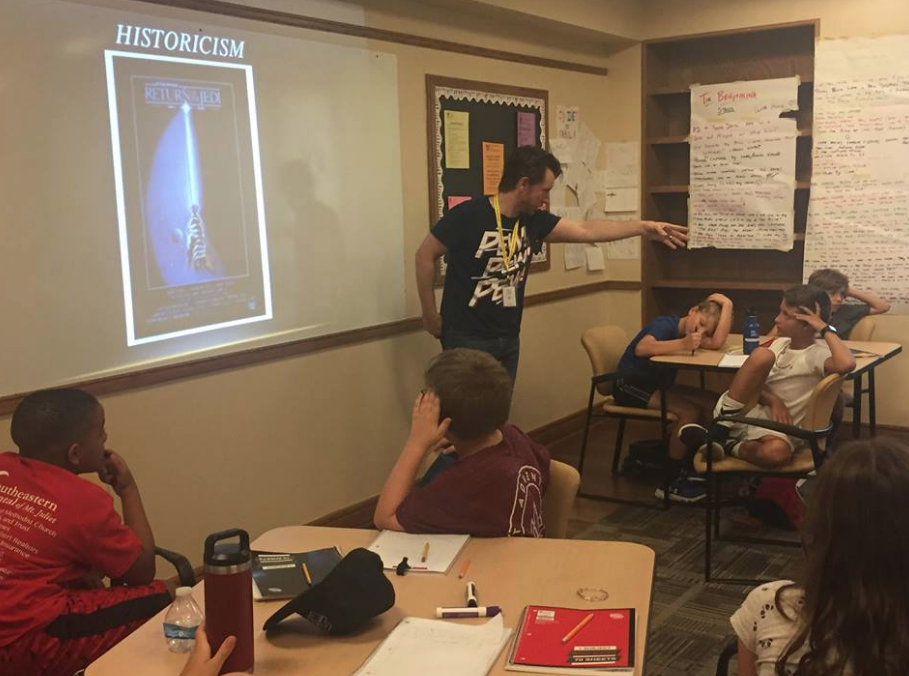 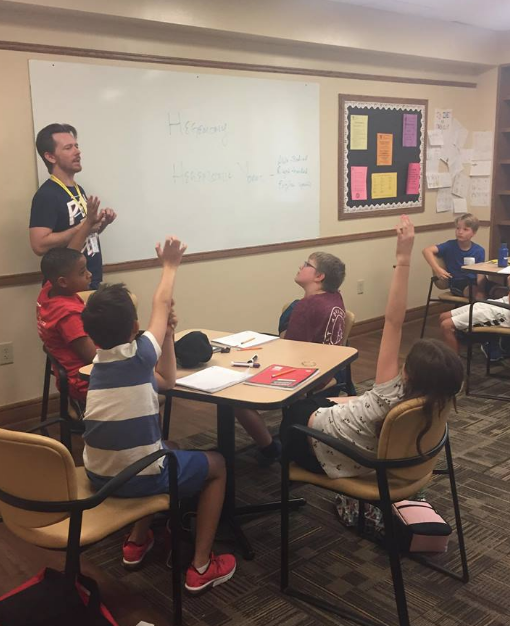