Our fourth day in Neuroscience Navigators was another great one! Like the previous days, we started with a class concept map. This time, we spanned nearly the whole white-board, putting all of the new pieces of information we’ve been learning together. We also reviewed our results from the ruler-drop experiment, and found that while our prediction about the dominant hand having faster reaction times was not true (both hands were statistically equivalent), the left hand demonstrated greater variability across the group. We then got to see some real brains from a mouse (tinier than we thought!), a sheep, and a monkey. This was just a teaser, because tomorrow Mr. Ben will do a dissection of some sheep brains. We will make sagittal, axial, and coronal cuts, and try to label some of the neuroanatomy we’ve been learning about.
The main objective of day 4 was to get some further experience with measurement and experimentation in neuroscience. We first learned about the hippocampus and its role in memory formation, including the famous patient H.M. whose hippocampi were removed and this led to him being unable to form new memories. We then learned about the role of the posterior hippocampus in memories related to spatial navigation. We replicated a famous experiment which measured the size of the posterior hippocampi in London taxi-drivers compared to non-experts. We carefully measured with rulers the size of the hippocampus in MRI images across two groups of 12 subjects. When we collected all the data together and did an analysis, we found that group 1 was significantly larger and, indeed, this was the taxi-driver group! We wrapped up with a short video about this finding of brain plasticity, and the many years of study that these drivers engage in to be certified for the job.
As a final activity for the day, we learned about several different activities and habits that lead to a healthy brain. See if your navigator can remember these! This led to designing an experiment about one of these topics with a partner. We first made some observations by researching our topic on the internet. Then, we decided on a measurement technique and hypothesis. For instance, we found that eating salmon has been shown to improve memory so, our hypothesis was, “Eating salmon increases the amount of gray matter in the hippocampus.” We designed experiments in which we had multiple conditions, and predicted the outcome measures for each condition. To finish, some of us got to present our experiment in front the class, with the other groups to do this tomorrow. We are excited for our final day in Neuroscience Navigators and especially for open house, when our parents can come see what we’ve learned and do some activities! See you then! 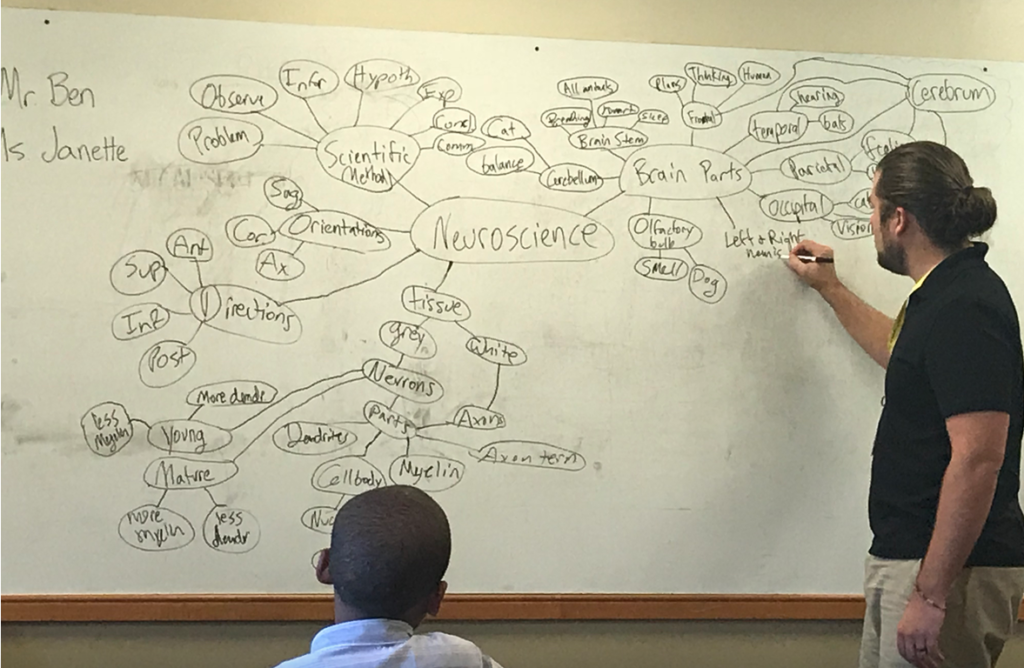 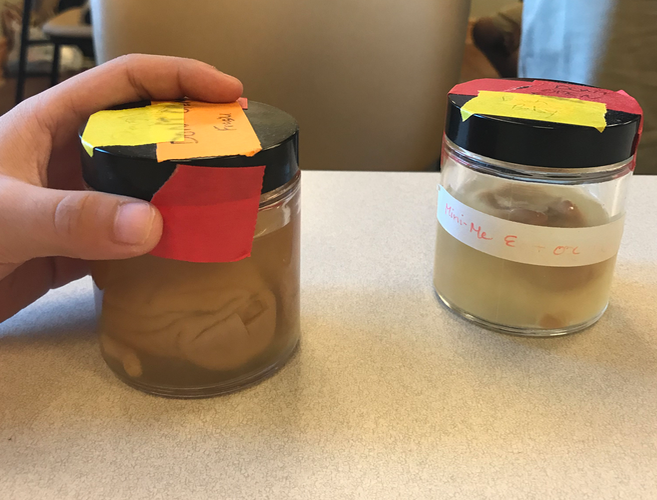 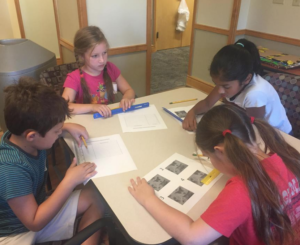 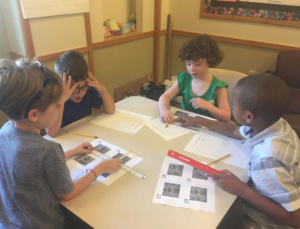 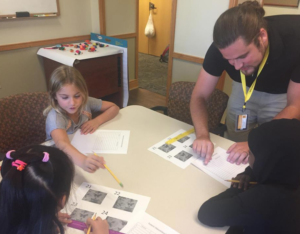 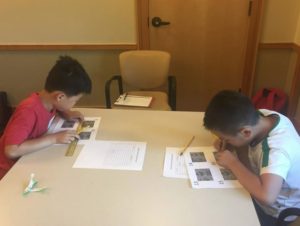