What a day! We covered a significant amount of content during our session. Your students should have a wealth of ideas, concepts, and terminology to share around the dinner table this evening, as well as a number of different and unexpected critical responses to Star Wars: Episode IV – A New Hope.

We began our class with a brief review of distinctions between motifs and themes to be found in A New Hope. We reviewed Aristotle’s elements of drama, Joseph Campbell’s mythic structure, and Blake Snyder’s take on three-part storytelling. Then our focus turned to the concept of the day, semiotics. We defined semiotics as “the study of signs, symbols, and mean-making,” and explored a handful of concepts handed down to us by Ferdinand de Saussure, including the notion that all content is, in effect, a symbol.

With new tools in place, students practiced their critical skills by examining and critiquing two pieces of (non-Star Wars) content. Working in small groups, students analyzed a Garfield comic strip, utilizing both formalist and structuralist techniques; we focused today on shaping our language, ensuring that students were utilizing proper terminology. Then, students analyzed a brief scene from the film The Princess Bride. We had a lot of fun, picking apart these two pieces of media, honing in on what Nikos Kazantzakis called “hidden meaning.”

We noted the importance of recognizing “structures within structures.” We watched a clip of the opening scene of A New Hope without any music – and, as good structuralists, your students were quick to note that the lack of John Williams’ rousing score made the film feel much more violent and foreboding; several students commented that the space opera suddenly felt like a documentary! Similar to the score, we noted the importance of James Earl Jones’ spectacular vocal work in the construction of the character of Darth Vader; after listening to an a clip of David Prowse’s original voice performance, we couldn’t look at Lord Vader the same way again.

We turned to Saussure and his concepts of the signifier, signified, and sign. Students created chains of (“endless”) signification. Then, to illustrate the subjective nature of signification, students exchanged their papers, allowing anonymous partners to create their own chains of signification.

We then turned to a student-selected scene from A New Hope – the fateful duel between Obi-Wan Kenobi and Darth Vader – and critiqued the media as post-structuralists, seeking unexpected semiotic interpretations of the work. This is where our day became really exciting, and where ideas explored will serve to springboard the rest of the week! Students offered dozens of significations: this scene could be read as a nostalgic reminder of the importance of family, a critique of apotheosis, a caution against a future in which the environment has been decimated or mankind has been subjugated by robot overlords, a condemnation of racial injustice, a reimagining of the American Revolutionary War, or a review of mythic of mythic archetypes. 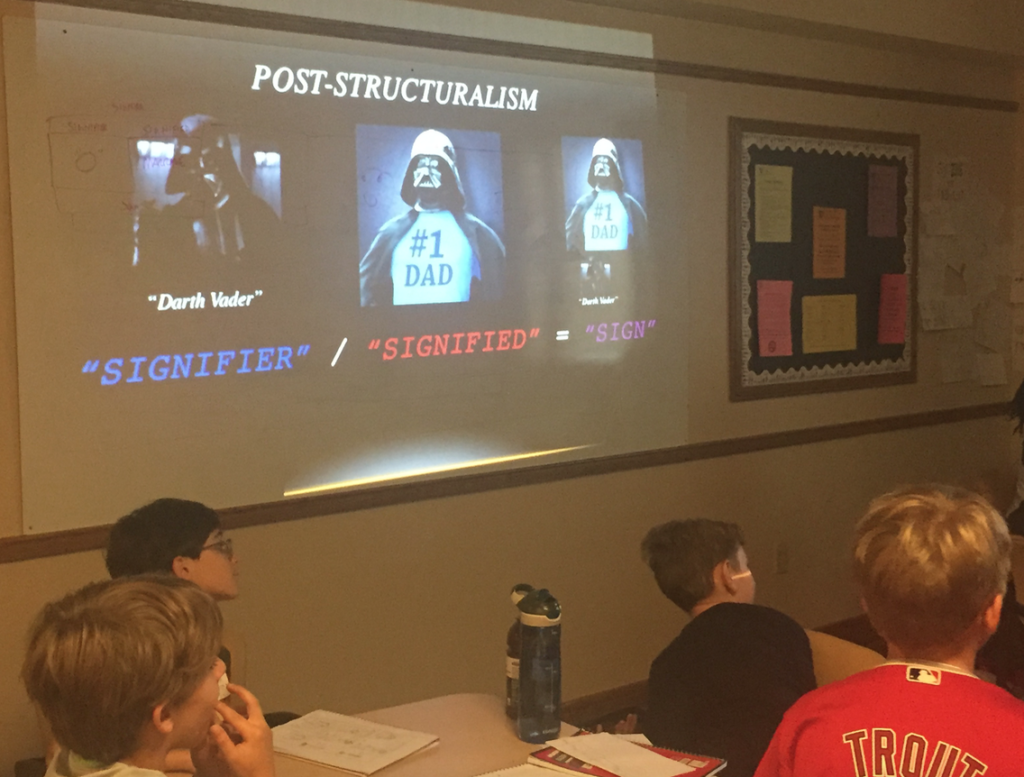 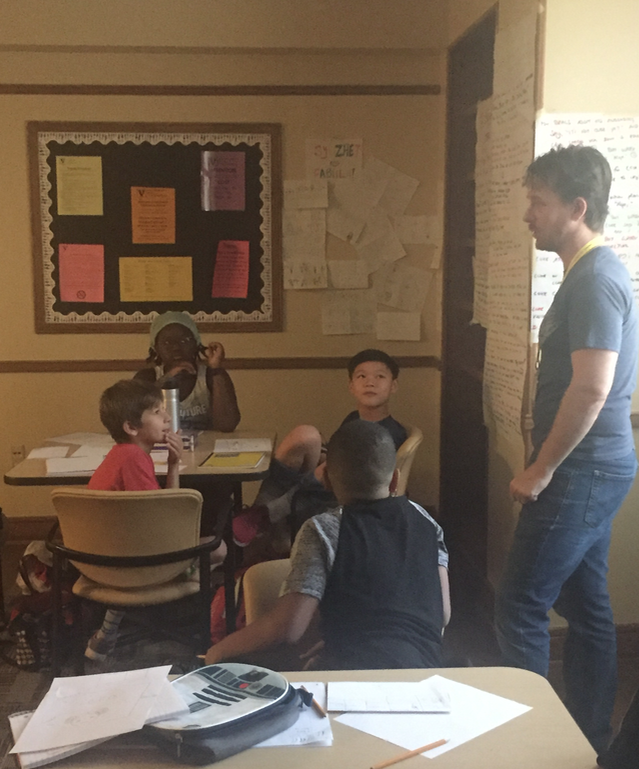 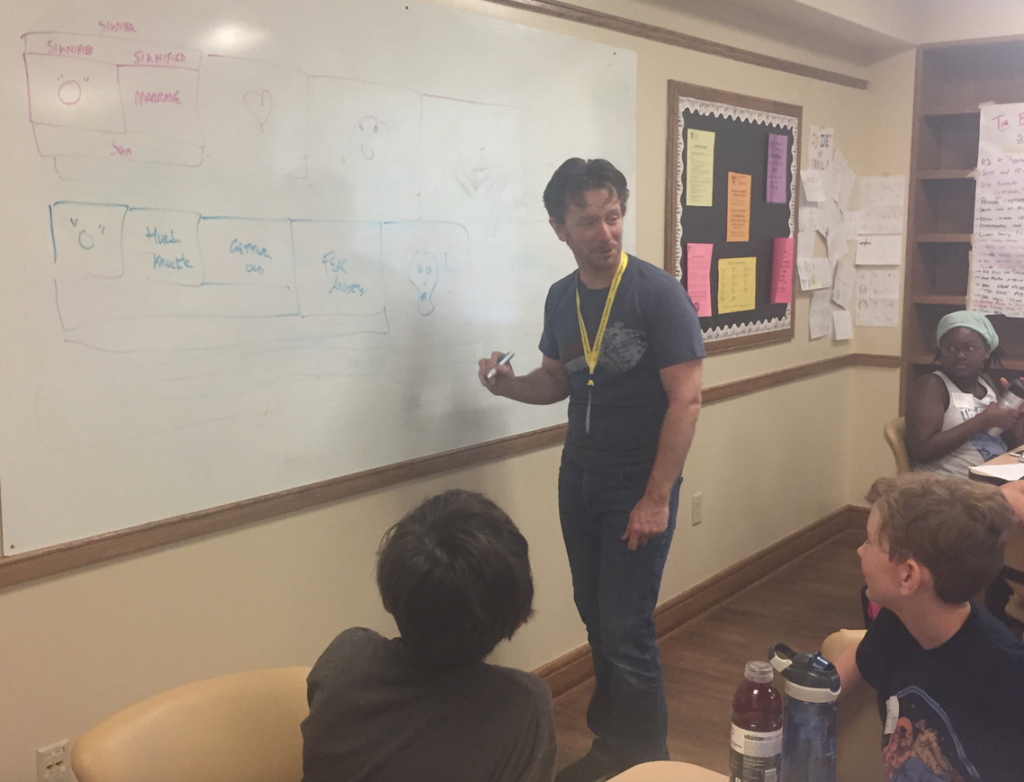