What a wonderful first day! On behalf of my teaching assistant (Emily) and myself, know that it was a pleasure to meet your students and to see their personalities shine. We started with a getting-to-know you ice breaker, an activity that required everyone to share something about themselves (that was not school related) and who their favorite Star Wars character is. We quickly discussed a handful of class rules (including to be kind, to be courageous, and NO SPOILERS!) and, then – like a podracer on Boonta Eve – we were off!

After a quick pre-assessment concept map, students participated in a discussion about the practice and purpose of criticism. We assimilated a number of ideas – including aspects of peer critique, the importance of recognizing the differences in how people think, how to criticize in debate, and the connections between criticism and theory. For the purposes of our class, we’ve settled on a working definition of criticism: the practice of judging the merits or faults of something. Criticism is a perfectible craft, and this week your students will be honing their skills!

We turned to philosophers and writers like Aristotle and Kazantzakis for quotes about the nature of meaning. We introduced a seemingly-simple question: “What is Star Wars?” The franchise has spiraled in so many different directions – and can be read thru so many critical lenses – as to allow for almost an infinite number of answers!

Two major concepts that will play a role in our class are syuzhet and fabula. Ask your students to differentiate between the two, and why – given the unconventional release order of the Star Wars chronology – we will be watching (and practicing our critical technique with) 1977’s Episode IV – A New Hope.

After lunch, we watched about half of A New Hope, pausing periodically to discuss two major disciplines of critical theory: Formalism and Structuralism. Again, your students can tell you the basic precepts of these schools of thought, as well as illustrate with examples from the film. We began to explore some foundational concepts relied on by structuralists, especially those influenced by Aristotle. As our day drew to a close, your students began to pull apart Aristotelian story structure by way of self-selected moments from the film.

We had a great day, and I look forward to more time with your students tomorrow. They are thoughtful and engaged, and I am enjoying our shared exploration of the Galaxy! 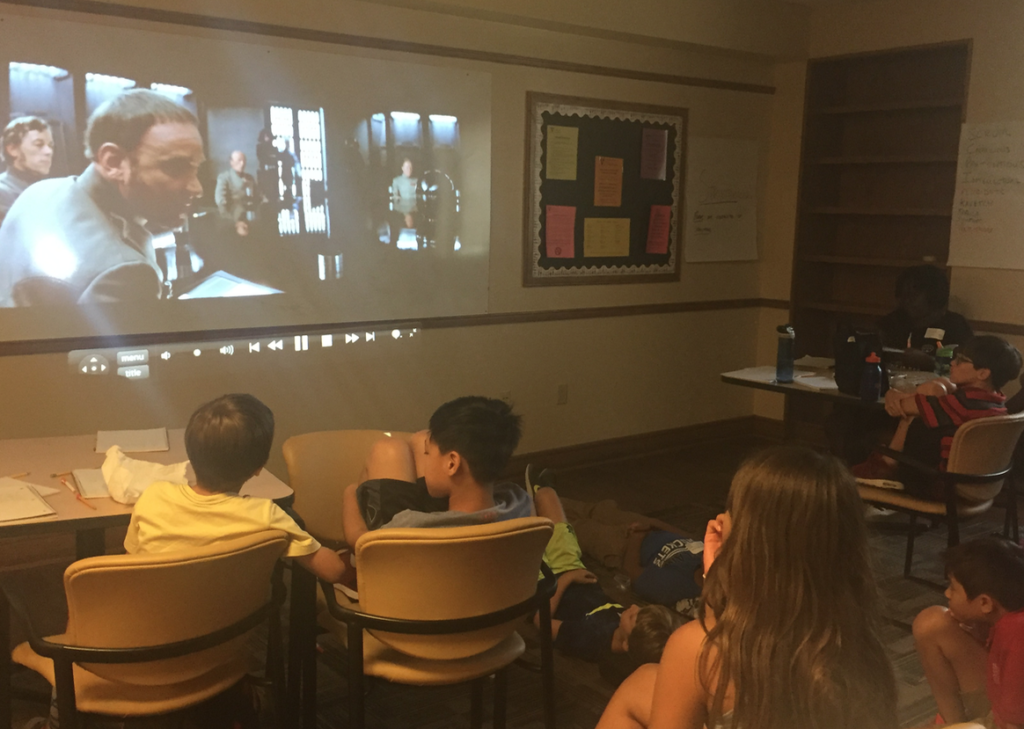 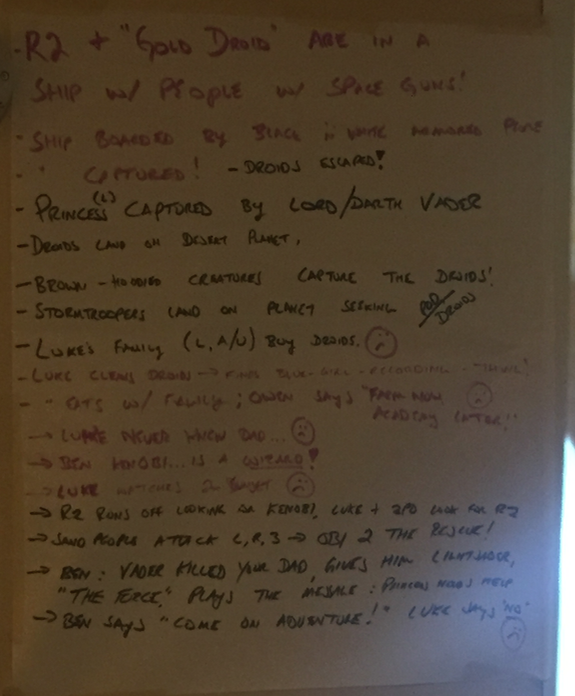