This morning the mathemusicians continued their work preparing for the trial of John Cage on Friday. This morning, both teams determined their witnesses and shared them with the opposing side. Taking the stand for the prosecution will be Nikolai Rimsky-Korsakov and Alan Turing. Speaking for the defense will be Paul Simon and Isaac Newton. The teams will have another hour of prep work in the morning as they solidify their cases, and they will also have a little time to practice Friday morning.
We then continued our exploration of musical set theory, finally getting to the “prime form” of a set of pitches. This led into a discussion of prime numbers in math and an investigation of the Sieve of Eratosthenes. Students found all prime numbers up to 200!
We then began to study mathematical set theory. We talked about union and intersection as well as the concept of emptiness. When discussing the set of real numbers, a fascinating discussion about imaginary numbers and i developed! I was impressed that some students had been exposed to these concepts already, and we delved a little more deeply into understanding exactly what i is.
Our second reading from Godel, Escher, Bach led us to a discussion about the Pythagorean Theorem, Pythagorean Triples, and even Fermat’s Last Theorem!. We also listened to the first Prelude and Fugue from Bach’s Well-Tempered Clavier, which set the stage for our final discussion topic of the day: how to tune a piano (mathematically, not physically).
I wanted to remind everyone that there will be an opportunity for students to share their musical talents on Friday morning before lunch. There is absolutely no pressure to perform, but any students who are interested should of course bring the necessary instruments. We have a keyboard in the classroom.
It’s hard to believe there are only two days left!
Best,
-Mr. Gray

Some of Today’s Work 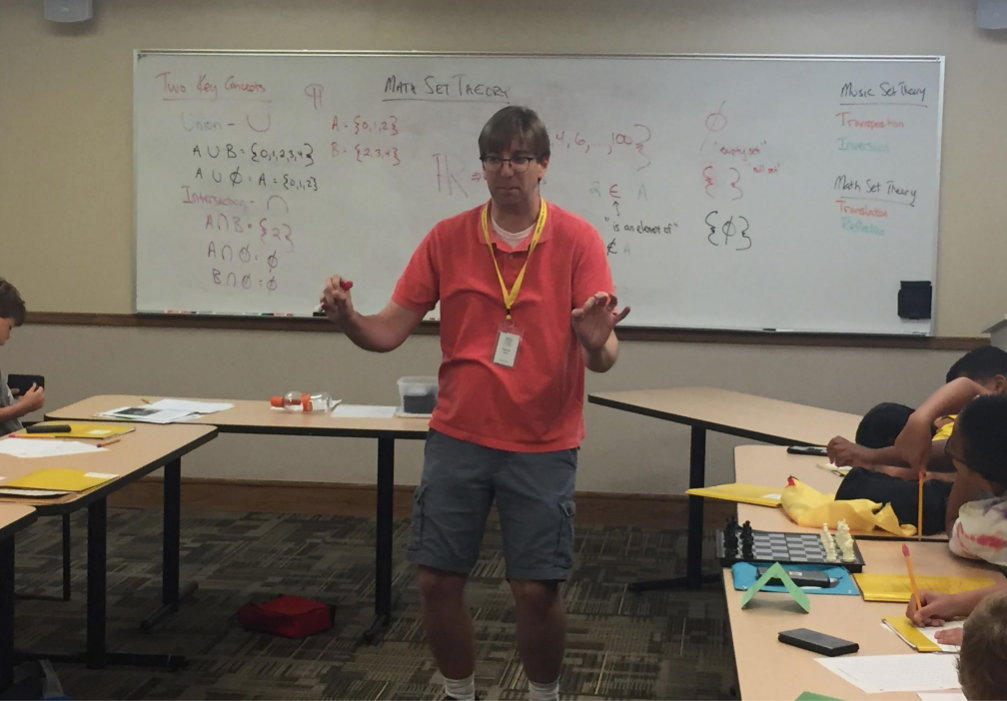 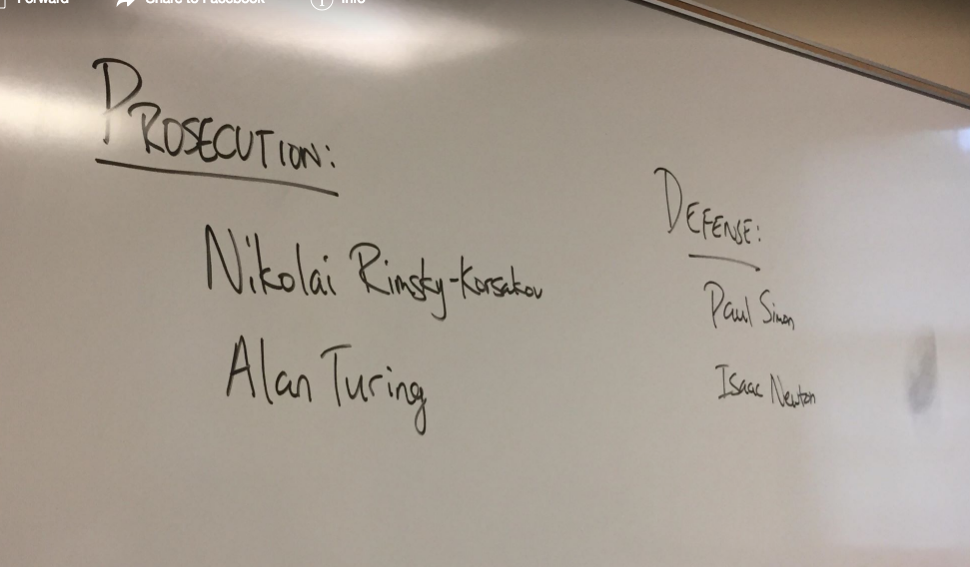 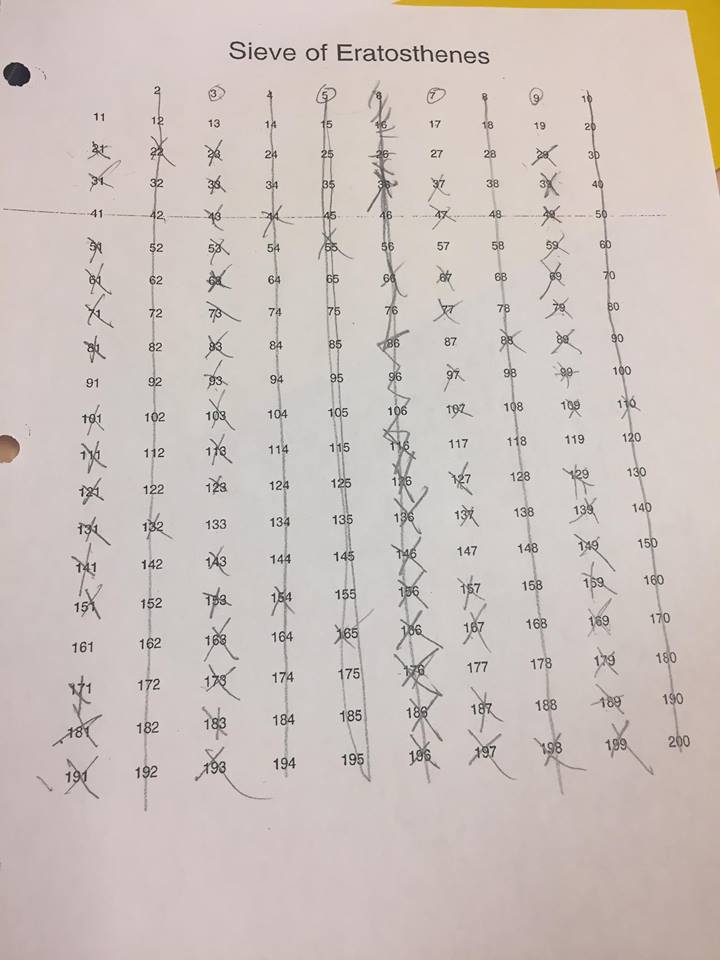