Hello Parents,
We had a full day today! We started off with our morning creative writing time and story of the day. This morning it was “Feast“, a Pixar short film. We followed the 3 act adventure of a lovable little dog in his quest to make his owner and his stomach happy.
Next, we discussed the storytelling elements of photography and photo essays. Photography was developed in the early 1800’s Victorian Era. It had a big impact on people’s access to the rest of the world. One big aspect of life photography affected was people’s romanticized ideas about war when they saw the devastation on the front lines instead of the clean battles they imaged.
Photo essays continued to be popular, especially as propaganda in times of war. Photo essays are still used to communicate stories today. We looked at Humans of New York and Sion Fullana (the first three portraits only) as examples of photography storytellers.
We then read “The Tunnel” by Pagan Kennedy. This story brought about deep questions of independence, growing up, and how to relate to a character we may not agree with. The students made some really great connections between the story and other examples of characters that developed in the same way as in the story we read. A great example was Artemis Fowl.
We then shifted our focus to one of the oldest storytelling traditions: oral storytelling. Oral storytelling has been around for ages, but now has a modern twist. Podcasts! Podcasts are oral stories that whose greatest asset is the digital world. We listened to the first three minutes of examples such as Modern Love, The Trip (Dancing with the Dead episode), and The Daily. We discussed how different elements such as music and sound effects change the way we listen to them. The students were then tasked with creating their own podcast. With a partner, they created a podcast episode that was either a story, a interview or an introduction to an idea. Those will also be available on our class’ google drive. The login information is below if you need it again:
savydigitalstory@gmail.com
Savydigital1
Our wonderful TA taught the students about storytelling through song and rhetoric. All the way back in Ancient Greece, Aristotle studied rhetoric, or the art of persuasion. He came up with one of the most known rhetorical theories known as the Aristotelian Triangle, or ethos, pathos, and logos. These different modes of rhetoric are used in songs to send a message to the listeners. Songwriters are storytellers, artists are characters, and to tell an effective story, these elements are intentional. After looking at some examples, the students got to try their hand at songwriting using some of the forms of rhetoric we talked about. Ask your students about their song!
We are looking forward to talking about techniques to refine our stories on Thursday.
-Ms. Chappell

Working on Our Podcasts 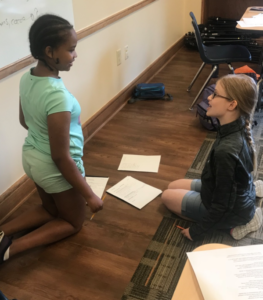 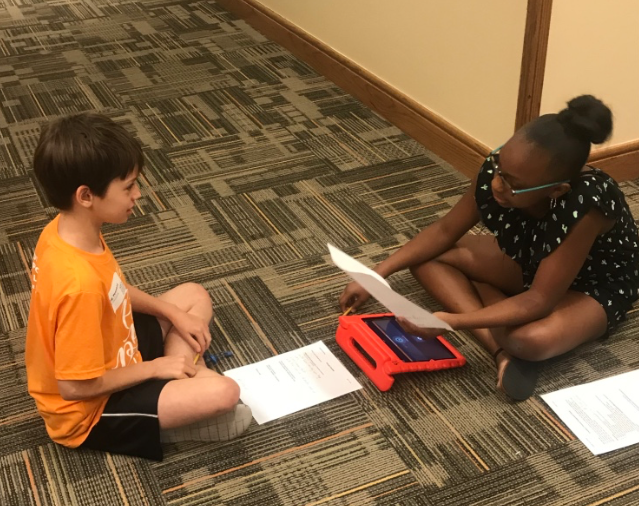 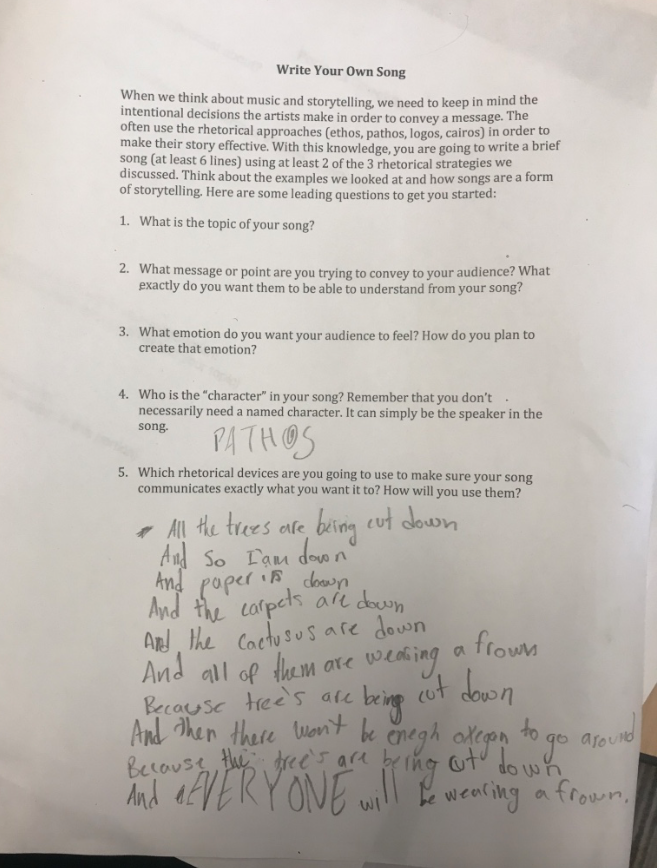 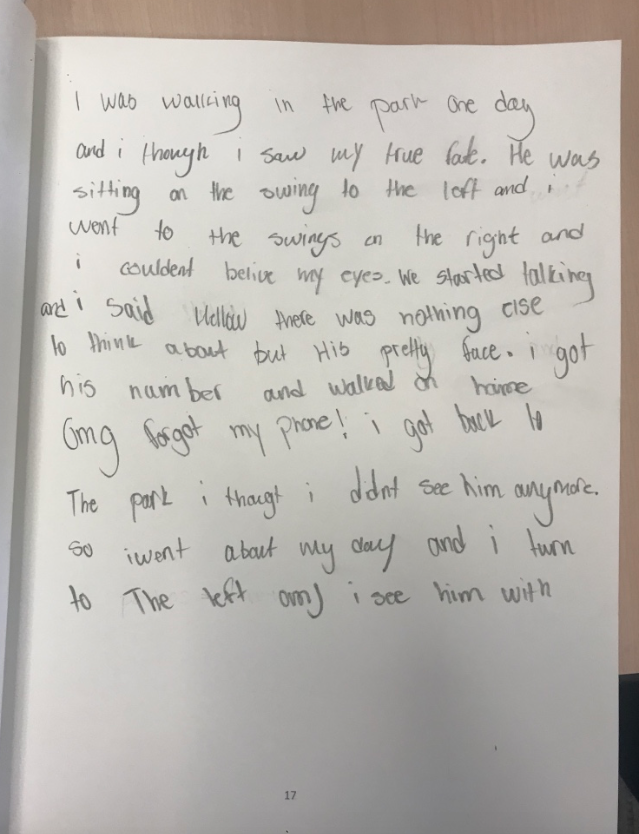