Your rising third and fourth graders started the day once again spending time outside as naturalists. We added more signaling animals to our campus maps and saw a variety of animals communicating, such as blue jays, crickets, European starlings, and house finches. The students did an excellent job pulling from what they learned the previous day, to identify the songs and calls of animals around them.

We spent the rest of the morning learning all about wolf spider communication! Specifically, students observed videos of various male Schizocosa wolf spider species performing courtship calls to atrract females. (Parents, we were careful to focus more on the calls rather than the process of courtship/mating.) Schizocosa wolf spiders are a genus of closely related species, which vary in the structure and complexity of their visual signals (such as dark pigmented leg tufts and dances) and vibratory songs, which are transmitted through the ground. See an example of “Schiz” courtship (https://www.youtube.com/watch?v=WQG8Y5D90X8). In groups, the students conducted two trials for an experiment testing courtship success for male Schizocosa ocreata signaling on the floor and on paper.

If vibratory communication is important for S. ocreata mating success, we would expect that males signaling on the bare floor would be less likely to mate with females, as their tiny leg taps are not strong enough to carry across a hard surface. Indeed, none of the 7 replicate trials resulted in courting for the floor treatment, though one group reported that “it was sooo close,” and that maybe “the female just didn’t like him.” As minutes ticked away with the paper treatment, and the male spiders danced their hearts out, groups became very invested in the success of their trial. After about 5 minutes, Group 3’s pair courted, and the students did a remarkable job of containing their excitement as they jumped up and down and hooted voicelessly, so as not to disturb the other trials. Two more groups had successful males in the paper treatment, showing that indeed, vibratory signals are important in partner choice in this species.

After the experiment, we played a game to demonstrate the challenge of acoustic signaling organisms to find each other in a noisy environment. Students were each assigned a signal (e.g. clap, whistle, collide two air and water-filled balloons together). They were then spread out on a grassy area and blindfolded, with the task of finding their group in the cacophony. Some groups, such as the whistlers, found it easy, while those clicking jar tops had a difficult time connecting. Afterwards, we debriefed and discussed the parallels between these modes of sound production and the real-life equivalents used by animals. The craziest is perhaps the balloon analogue– the bizarre sound apparatus evolved for mate attraction in male grouse (https://www.youtube.com/watch?v=cLnbiTkj1TQ).

For the penultimate segment of the day, students learned about chemical communication in insects (including ants) (https://www.youtube.com/watch?v=gcHt5n3NGK0), and made a series of “smell mazes” which they each had to solve. Dixie cups were arranged in a grid on tables and students made a scent path through some of the cups using vinegar-soaked cotton balls, with all other cubs containing water-soaked cotton balls. Using their keen sniffers and some detective work, students discerned the path and charted it on a worksheet, simulating how ants lead colony-mates to a food cache.

And finally, before dismissal, Dr. Matt gave an overview of animal alarm calls, which will serve students in a playback experiment they’ll conduct tomorrow on campus! 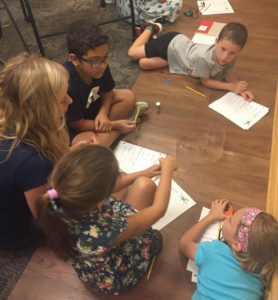 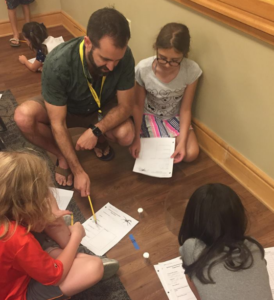 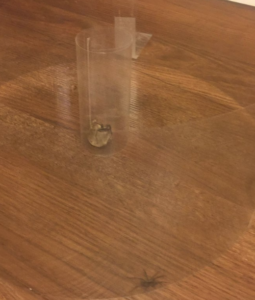 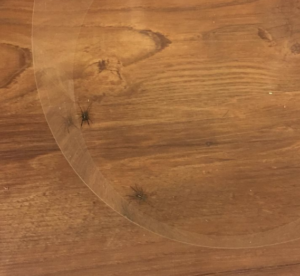