Day 3 of Big Money, Big Decisions has been a whirlwind! We started off the day by returning to Nashville’s public transportation system. After our debate about how we finance public transportation we began to discuss some of the ways that people advocate for their programs, both from the perspective of bureaucrats and elected officials. Many of these strategies had already been used by the students, but we also introduced some new ones. They honed right in on the use of both emotional and data driven/rational arguments and supplied examples of both. They were assigned to departments and agencies and asked to advocate for their programs to the Mayor (me!). They did an excellent job to thinking about how important each of these areas are and how they can help their communities.

After lunch it was what we had all been waiting for, our presidential election. The class chose candidates (Democrat, Republican, and an Independent) and then acted as advisors to help them refine their platforms and arguments—then on to the next debate. We had a civil, thorough, and exciting debate before our vote. Our candidates valued programs related to areas such as national security, parks, and healthcare but had very different proposals. One suggested ales progressive income tax. One of their opponents considered reducing taxes everyone by just a little bit and shifting some of the programs to non-profits (churches). It was great to see how their values and priorities informed their policies and how they diverged from a lot of what we have seen in recent years.

Tomorrow we are going to play a game called Budgetopolis which will put them back in the shoes of elected officials, but at the local level this time. They will have to make hard choices about where to cut spending or increase taxes—with their values in mind. I think they are going to love it!
It was a great day and I hope you talk to your student tonight about these issues! 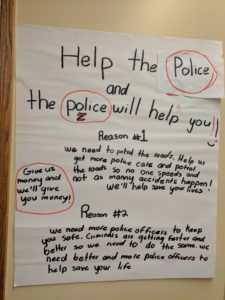 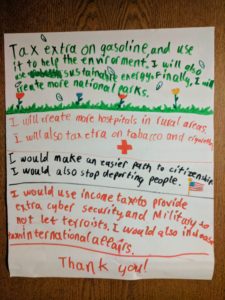 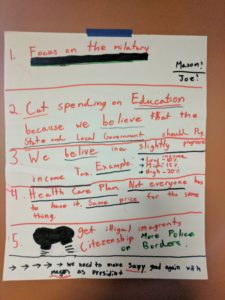 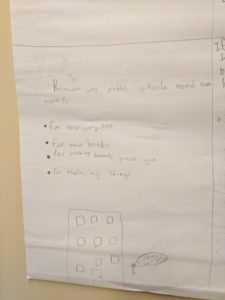