Blog Day 2: Anthropology over there!

Today we traveled the world.  We learned about communities in Colombia, Australia, Brazil, Peru, and Papa New Guinea.  The students began the day by making passports to record all the new cultures and places we are learning about.  Each Anthropological Approaches student will have a full passport at the end of the week to remember our class travels.

Our first case study of the day came from my work with Afrodescendant and Wayúu indigenous peoples in La Guajira, Colombia.  We learned about the origins of both communities and their unique cultural traditions such as vallenato music and the yonna dance.  Students got to see some of the artisan products I brought back from Colombia including woven bags and hammocks (pictured below).  During our afternoon break, we went outside and hung up the hammock and each person got to have a turn lying in it. 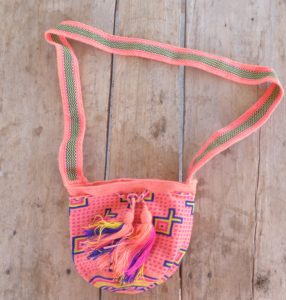 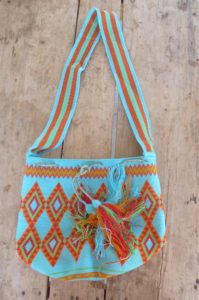 We discussed how these communities are changing today due to the presence of the world’s largest open pit coal mine in their territory.  Specially, we talked about the challenges of resettlement, in which the Cerrejón Coal Corporation moves these communities from their ancestral homes into new houses farther away from the coal mine. We watched a documentary about this process in one community called Tamaquito, where I work.  Students took notes as if they were anthropologists observing the customs and activities of both the Tamaquito and the mine officials.  We then analyzed the interaction between these groups of people to analyze power dynamics and cultural differences.  Students concluded that the most important issue for Tamaquito was having enough water in their new community.  In their old home, they had a river that provided water for drinking, growing crops, and caring for their herds of goats.  They also fished in the river and hunted animals like iguanas in the forests nearby.  The resettlement constructed by the mine does not have the same access to water or forest resources.  Students studied the power dynamic between mine officials and the community.  They reported that the mine officials did not respect the community.  But Tamaquito used their indigenous culture to insist on their rights during negotiations.  We learned that culture can be a powerful tool for people who do not have much economic or political power.

At the end of the day, in the class, we practiced our anthropological research skill.  First, each clan from yesterday was assigned a culture: The Aymara of the Andes, the Yupno of Papa New Guinea, and the Pormpuraaw of Australia.  Each class clan read a short article about how each cultural group thinks about the relationship between time and space and then did a little further research on the cultural group.  We compared similarities and differences in these three cultures, and our own culture.  Then students presented to the class about their assigned group, showing photos and videos to bring it home.

Tomorrow we will study anthropology here at home: in the United States, In Nashville, and in our SAVY program!